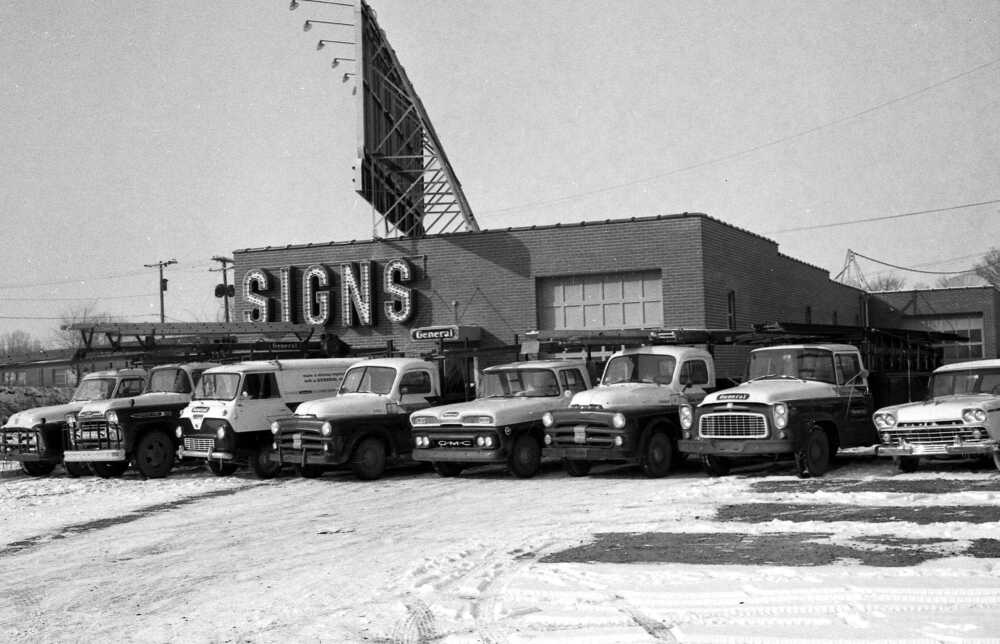 General Sign Co. is shown at 351 North Kingshighway in this undated photo by G.D. Fronabarger.

At age 21, Maxey was an artist painting the likenesses of movie stars such as Clark Gable and Carole Lombard for Paramount Theaters in Florida.

But Maxey, a native of Marston in Southeast Missouri, couldn't see much future in that job. "The theater business was waning," he recalled and said there was a diminishing call for artists to draw pictures of the stars.

During a visit to the Cape Girardeau area in 1939, he decided not to return to his job in Florida. Instead, he moved here and put his artistic talents to use in an area he felt would ultimately be more profitable painting advertising signs.

Maxey started the business by himself, painting signs in a small shop above the old Shaul Feed & Supply Co. on South Spanish.

"From Spanish we moved to Broadway in a small building where KFVS-TV is now," he said. "Then we moved to Independence and Sprigg streets. After the war, we opened on Broadway, then moved back to Spanish, then to west Broadway, then Kingshighway, and from there we moved here to Broadview where we've been now for 14 years."

In a May 13, 1983 Southeast Missourian story, Maxey said he would relocate from 39 North Broadview after the business was recently flooded. The business had suffered flooding six times from Cape LaCroix Creek.

General Sign relocated to the Nash Road Industrial Park in 1988.

The business closed in June, 2010. It was purchased by the Canedy Group of Sikeston, Mo.