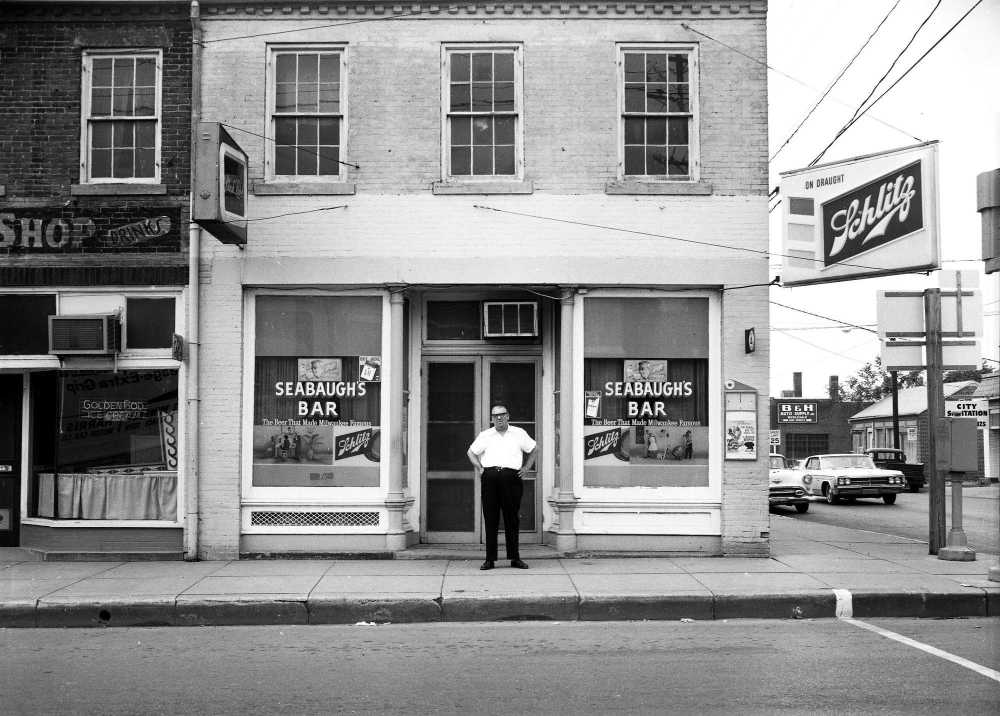 This is a picture of Seabaugh's Bar, 637 Broadway, that was taken by G.D. Fronabarger. It was located on the corner next to Sprigg Street in Cape Girardeau. The buildings at 635-637 Broadway were renovated in 2012.

Next door at 635 Broadway, the directories list Seabaugh's Cafe, owned by Mrs. Merle P. and Cleveland B. Seabaugh.

In 1965, the building became Smitty's Tavern.

The structure, known as the Julius Vasterling building, was renovated in 2012 when it was 143 years old. Here is a recent picture with the story: