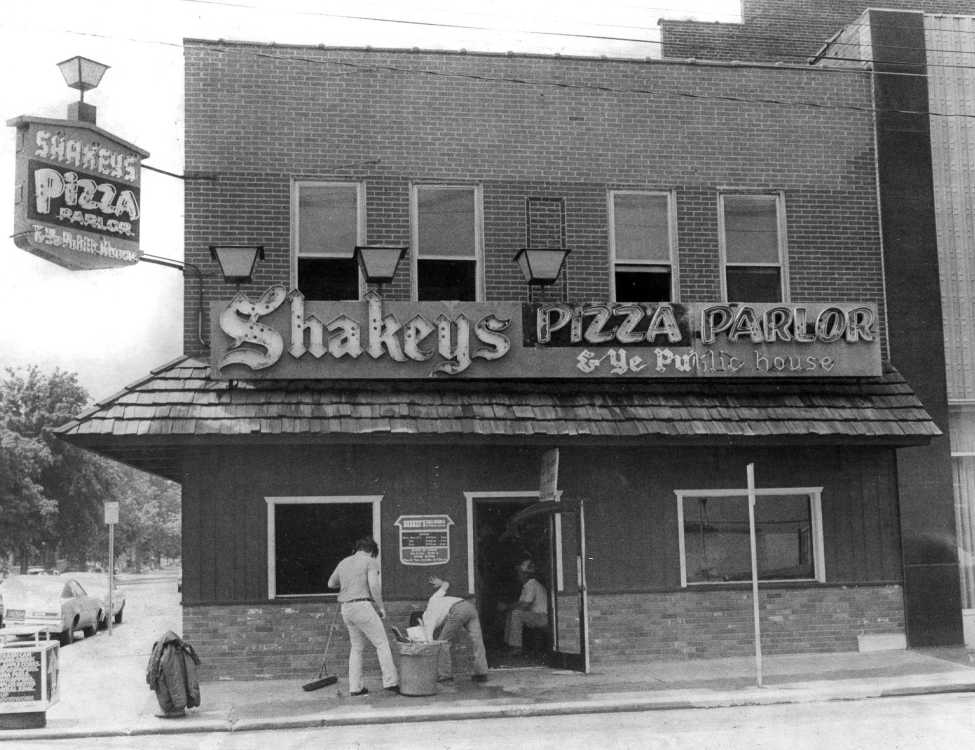 Workers begin cleaning up debris left by a fire early Saturday morning that heavily damaged Shakey's Pizza Parlor, 801 Broadway. Two persons, including an employee of the business, have been charged with arson and burglary in connection with the blaze.

The building was never repaired. It was demolished in 1994 and the site became a parking lot for Kerasotes Theaters, which owned the adjacent Broadway Theater.

Tenkhoff Pharmacy occupied the building from 1943 to 1964.

Robert Breeding has purchased the franchise for the local unit of the nationally operated Shakey's Pizza Parlors, 801 Broadway. Mr. Breeding secured transfer of the franchise from the Barnhouse interests and has also purchased the establishment's fixtures. The local unit is a part of a nationally franchised restaurant chain. Mr. Breeding said the establishment will be open seven days a week, running from 12 noon to 1:30 a.m. on weekdays and until midnight on Sundays. A line of sandwiches to supplement the varied pizza menu is being introduced and piano and banjo music will be provided on Friday and Saturday nights.