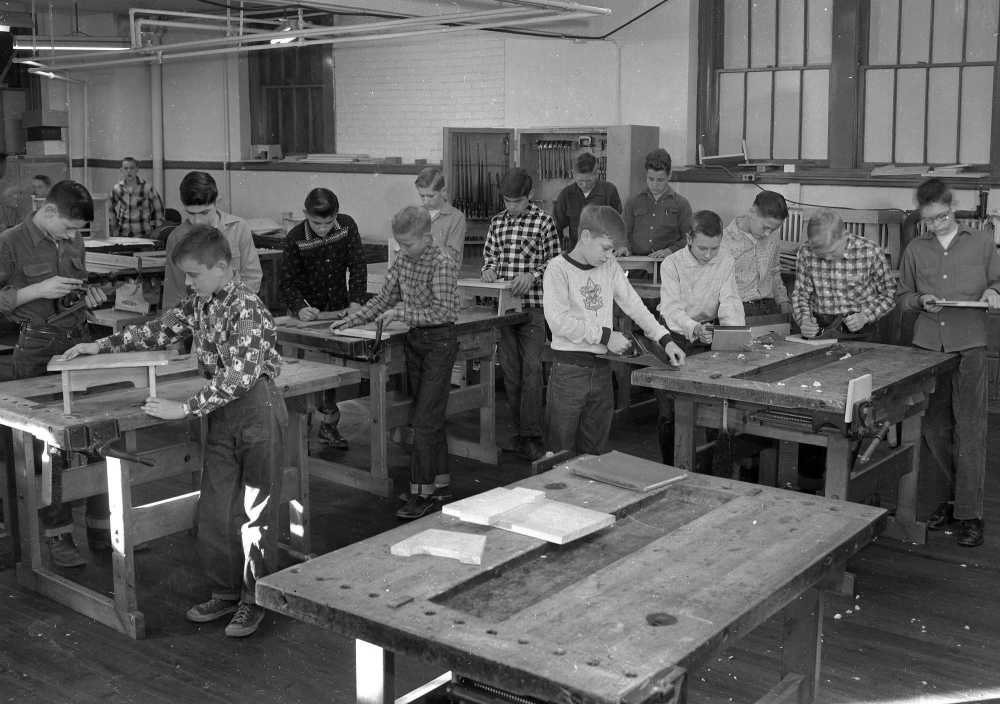 G.D. Fronabarger took this picture at the Junior High, formerly Cape Central High School and later the Schultz seventh grade center. We found it was published Jan. 7, 1963 after it was featured in Pictures of the Past Gallery 43. Here is the caption:

Learning by doing, these pupils in general shopwork from 7A-1 grade at Junior High School are finding plenty to absorb their creative interests in this shop session, where they make a number of items from wood. From the left around the tables are Tommy Wood, Lon Murphy, Harold Cobb, Charles Ahrens, Dale Meier, Frank Sitze, Harry Moore, Jerry Whitright, Roger Rodgers, Harold Richardson, Russell Huebel, David McDowell, Jerry Vale and Stoy Daume.

The picture received these comments:

This looks like a wood shop class. Hugo A. Lang II wrote: "I don't recognize any of those in Photo #7 of Fronabarger's pictures in 21 January 2014 Southeast Missourian. However, the picture is the shop located in the basement of what was the Junior High School located on South Pacific in the mid-1950's. I took shop in there." Bill Stone agreed: "I recognize this as the woodworking class in the old Central Jr. High School Shop in the basement of the school on Pacific Street. Mr. Short and Mr. Steck were the shop teachers when I attended junior high in the late 1950s."