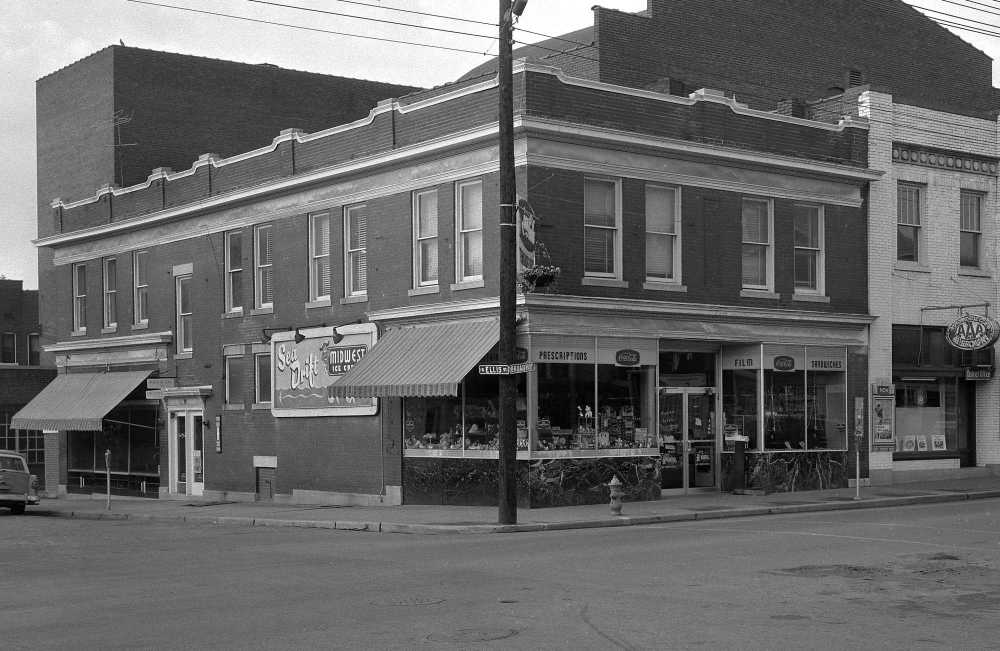 G.D. Tenkhoff wishes to announce the Grand Opening of the Sea Drift.

Located at 801 Broadway, adjacent to the new and enlarged Tenkhoff Pharmacy.

Where Friends Mingle in Pleasant Surroundings.

Tenkhoff Pharmacy opened at 801 Broadway in 1943. The building had been occupied by the county Office of Civilian Defense.

Shakey's Pizza Parlor and Ye Public House opened at 801 Broadway on July 1, 1968. The building was heavily damaged by fire in 1981 and never repaired. It was demolished in 1994 and the site became a parking lot for Kerasotes Theaters, which owned the adjacent Broadway Theater.