Albert and Kate Haman opened Haman's Sandwich Shop in 1930 on Highway 61 in Cape Girardeau. It was in a small square building with hipped roof and large overhanging eaves.

Haman owned some Jersey cows, and he used their milk to make homemade ice cream. This he sold at the sandwich shop for five cents a single scoop. The sandwich shop soon became a thriving business and later expanded to a location at Highway 61 and Cape Rock Drive, later the location of Wimpy's. 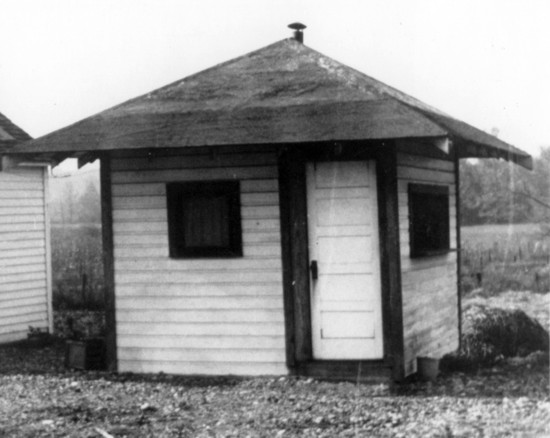 The original Haman's Sandwich Shop, shown above, was owned by Albert and Kate Haman and located on the west side of Highway 61. The shop was later moved to a building at Highway 61 and Cape Rock Drive, later the location of Wimpy's. 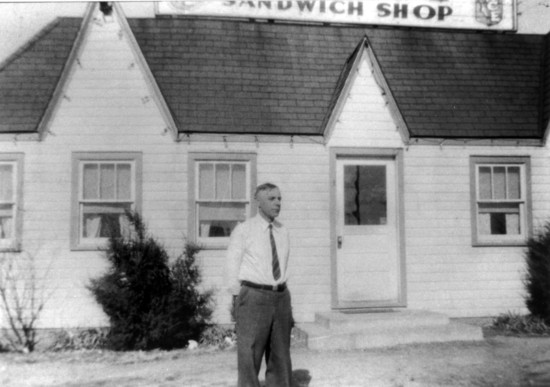 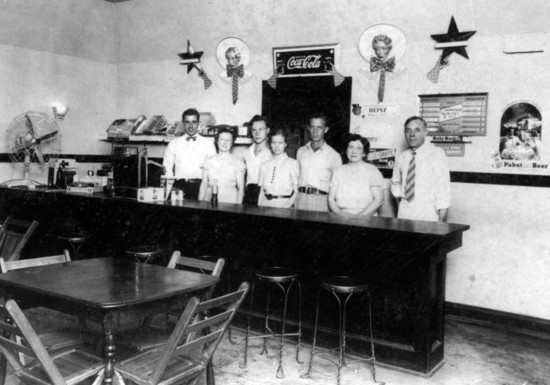 Construction of a frame building to be used as a refreshment dispensing establishment was started today for Mr. and Mrs. Albert Haman. The building, to be 30 or 40 feet, will be on a half acre plot at the south tip of a tract lying between Highway 61 and the Outer Drive, west of the city. One-third of the land had been owned by Mr. and Mrs. Haman and they have purchased the other two-thirds interest from Flautt and Lee Bast, brothers of Mrs. Haman.

The building is to have a basement where ice cream will be made. The main floor will include booths and space for dancing will be provided. Mr. and Mrs. Haman until recently operated a similar establishment and an oil station a short distance south of the new location. That business was sold by the Hamans to John Wescoat.

Albert Haman, for 15 years proprietor of the Haman Sandwich Shop on Highway 61, said today he is closing the establishment. He has rented the building to Wm. Kuykendall, who will open an automobile garage there.

The Haman establishment was been at the present location for 10 years, after being nearby on the highway for five years. Mr. Haman said he has not yet made definite plans for the future.

A Jan. 1, 1995 story in the Southeast Missourian recalls Haman's as a popular hangout:

New hangouts arrived in the 1930s. A particularly popular one was Haman's Sandwich Shop, which opened in 1935 at the northeast corner of Kingshighway and Cape Rock Drive.

Morris Haman grew up helping his parents, Albert and Kate, in the shop, which provided curb service and had a jukebox and dance floor. Both high school and college students were attracted to the atmosphere.

Read about Wimpy's in these previous blogs: