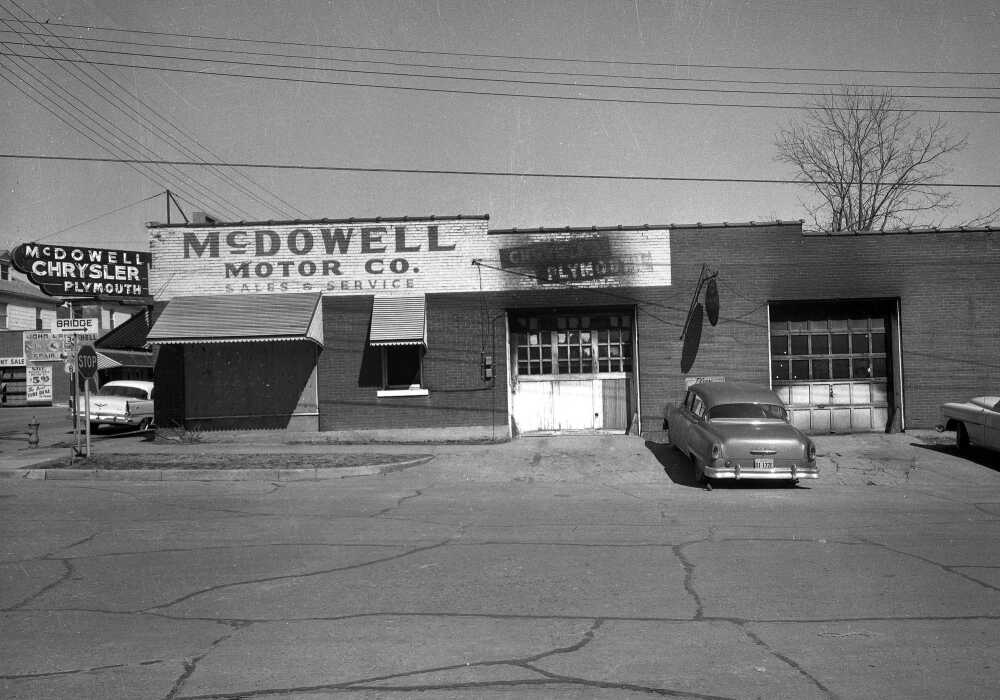 McDowell Motor Co. at 340 S. Sprigg St. is shown in these photos by G.D. Fronabarger.

It appears the pictures were taken after a fire gutted the building on Jan. 6, 1956.

The Southeast Missourian reported the fire extensively damaged the front office and showroom containing two new automobiles, and destroyed the parts department, along with damaging the entire half-block-long building. Firemen received the alarm at 12:30 a.m.

A new Chrysler Windsor displayed in the north end of the showroom was practically demolished when the roof at that point caved in on top of it. A new Plymouth at the south end of the room was baked by the heat until the window glass cracked, and the smoke blackened the interior and the water soaked it. Three other new Plymouths were in the garage space in the main shop area and were blackened by the smoke and heat.

The new cars had a retail value of $18,000 according to owner Lloyd C. McDowell.

The structure was razed in June that year and a service station was built on the site. The 1958 directory lists Paul's 66 Service Station at that address. 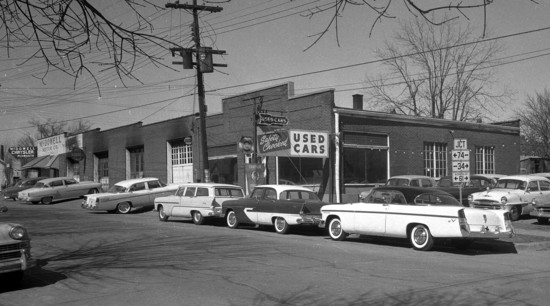 Van Goodwin and Lloyd McDowell, who recently purchased the business of the Rudert & Sons Garage, 340 South Sprigg street, have assumed charge and leased the building it occupied. The new firm is known as the Goodwin & McDowell Motor Co., and will feature Chrysler and Plymouth automobile sales and service. The building is being remodeled.

Plymouth will display its 1954 lines of automobiles in dealer showrooms throughout the nation on Thursday, it was announced today. The new 1954 models will be displayed at all three dealers in Cape Girardeau. The Harris Motor Car Co., Millikan Motor Co. and the McDowell Motor Co. will each have four of the new models.