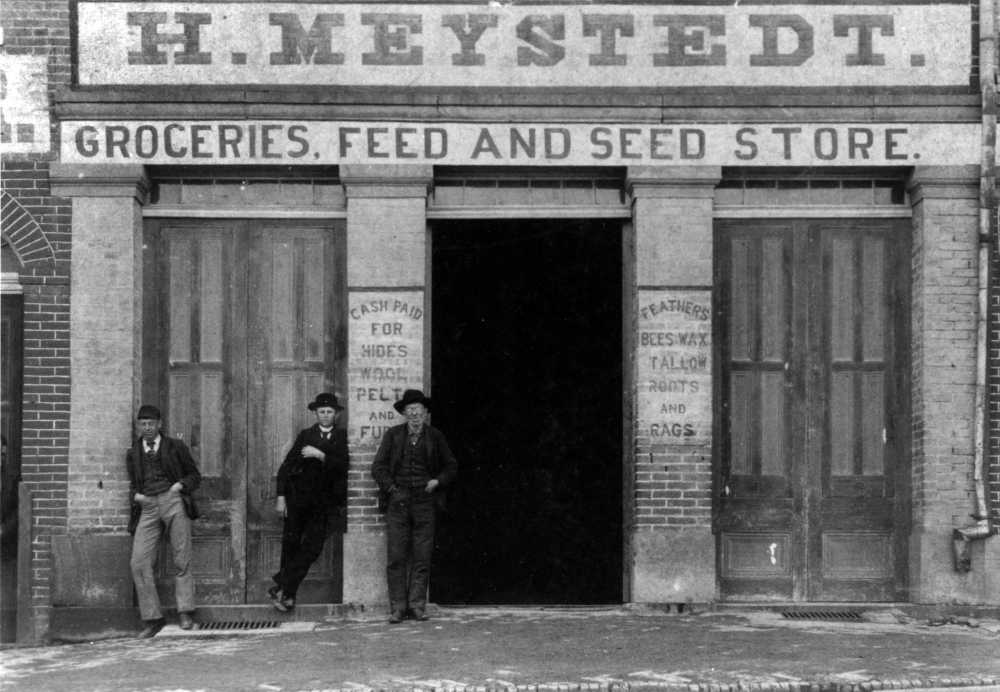 This undated photo shows the H. Meystedt Grocery on Main Street in downtown Cape Girardeau. It was probably made in the late 1800s or early 1900s.

Henry Meystedt is thought to have been the first meat packer in Cape Girardeau. His son, Henry Jr., later joined him in the family business.

Henry Meystedt, who owns a great deal of valuable property on Main and Water streets, announces he will again start into the pork-packing business; a large plant is about finished out on North Sprigg Street, and in a few days it will be ready for business; Meystedt also plans to open a retail store on the levee; he retired from the meat-packing business a year ago after 25 years in the business.