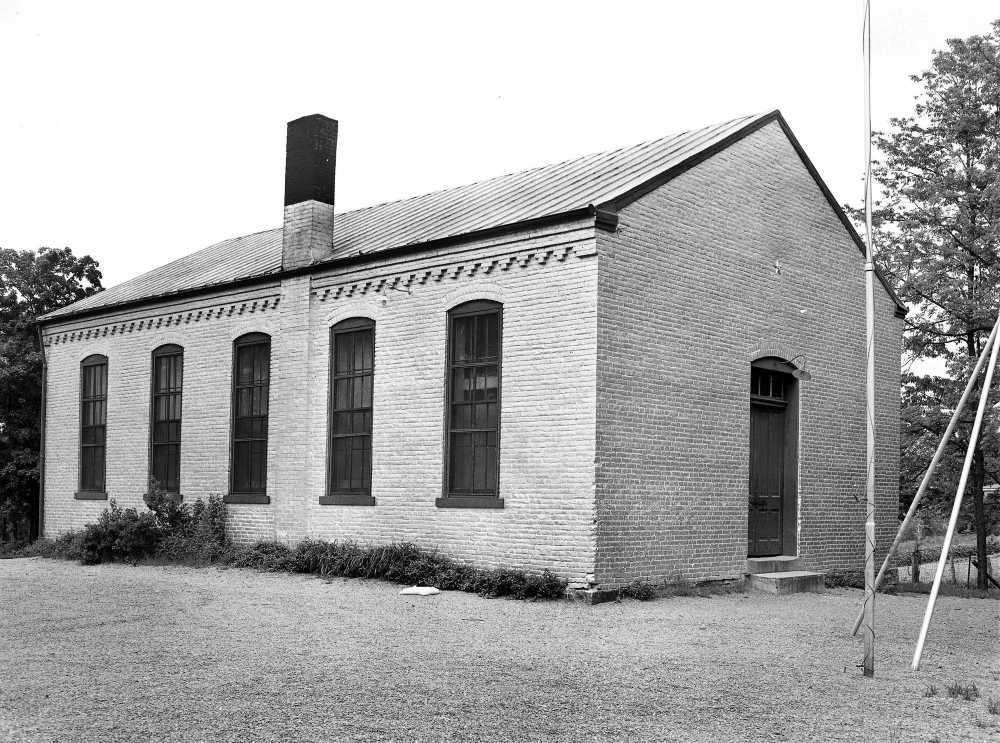 Kage, One of First Schools of Cape County, Will Hold 100th Anniversary Event on Sunday

The parade of children through a century of education will be closed Thursday at Kage School, possibly the oldest rural school in the county and one of the earliest in the district, but its people will wait until Sunday to observe the full circle of 100 years.

There will be no particular fanfare to mark the occasion. The board of directors and patrons are planning an open house Sunday afternoon for anyone who cares to call at the little brick schoolhouse that has stood for 74 years on the Kage Road. The building is a half mile west of Highway 61 on the road which turns west just past the Cape LaCroix Creek (Three Mile Creek) bridge.

Members of the present school board, Huey Heise, president, August Heisler and Layton Keller and its secretary, C.C. Kinder, along with others will be there.

If Kage wasn't the first rural school in Cape County, it can certainly claim the distinction of being one of the first. Actually, the record indicates that it is the first built in a rural district.

A century closes in Thursday on the meeting date at which voters of the Kage district met at the farm home of John F. Looney, now known as the Jerry Hitt or Hale farm, to establish a school. Benjamin Miller, one of Cape County's pioneer leaders, was elected chairman and Joseph Collins was picked as secretary.

Residents voted to organize the school and Christian Kage offered to deed the district an acre of land on the original Capaha Trail, used the the Indians in their trips to the Cape Girardeau trading post in earlier years. It was accepted and on June 3, 1954, was deeded to the district. Throughout its existence, in honor of the donor, the school has borne Mr. Kage's name. Mr. Miller became first board president with Mr. Kage and John D. Hopper as other board members.

Bids were received for the first building and Mr. Kage and Henry Kempe as partners agreed to build the schoolhouse for $171. It was accepted on Oct. 28, 1854, including an additional item of $9.25 for a fireplace.

This building was constructed of hewed logs, 20 by 24 feet in size. It was located near the west side of the school grounds and fronted to the south with the fireplace at the rear of the building. Scholars sat on hewed slab benches with peg legs and no backs. There was one small section of blackboard. The first teacher was John D. Cook, who taught five months and earned $25 a month, half paid by the district and half by its patrons. The school census showed 92 children of school age. Subjects were the standard of the day: Reading, writing and arithmetic.

It wasn't many years before the need was felt for a larger school building and better equipment to meet growth. On April 2, 1878, voters met to consider the proposal and a committee was appointed to determine size and type of building. Members reported back a recommendation for a frame building 26 by 36 feet to cost $400. The report was rejected by majority vote and the matter dropped.

Two years later, on March 13, 1880, voters met again and reached agreement to construct a brick building--the present school--size 30 by 50 feet to be finished before the start of the fall term. P.A. Smith and H.L. Cofer were low bidders from among five, and constructed the building at a cost of $1600. When school began that fall, 110 pupils were enrolled. In 1881 the log building was sold to Henry Klaproth for $13 and was removed from the site.

Records of the district show that a Negro school was operated for three years, 1882 to 1884. It was located in a log cabin near the present iron bridge crossing Cape LaCroix Creek on the Kage Road. No further record can be found after 1884, indicating it was discontinued after that year.

There are two periods in the school's history for which records cannot be found. One is the span of the Civil War, from 1851 to 1865, and it is considered probable that no school was held in that strife-ridden period. The other period is 1871 to 1873. It is not known if school was held in those years and records lost, or if for some reason it was discontinued. Otherwise the century of service to the children of the Kage area is complete.

In recent history, the Kage Parent-Teacher Unit was organized on Jan. 27, 1933, and has been an active force in activities in the district. In 1935 the County Court made the road by the school a county thoroughfare and it was immediately improved by the Cape Special Road District. Electric lights were installed in the school on Jan. 21, 1938, making it one of the first rural schools in the county to have such a convenience.

Among those over the century who have been responsible for development of the school, patrons give credit to three men in particular. The earliest was Benjamin Miller, who gave freely of his time and money toward the school and Kage community. Born in Maryland, he came here at the age of three. The present County Farm was his property. He was the father of the late I. Ben Miller and Mrs. I.N. Daffron.

Wm. J. Meyer was the leader of the middle years of the school. He was a close follower of school affairs and was widely read in school law. He was a board member for several terms and was board secretary who left a record of school activities that following board members declare is without equal in the county. They note that his penmanship was near perfect.

In more recent years the late E. Harry Hale served the school and community in outstanding fashion. He sought methods of improving school work and equipment. He was a board member for several terms and was board secretary from 1926 to 1938.

When the school closed in May 1966, it had 16 students in grades one to eight. Parents in the Kage District paid tuition for 27 students of elementary age to attend three area schools. The district paid for 23 students at Central High School and nine at the Campus High School. 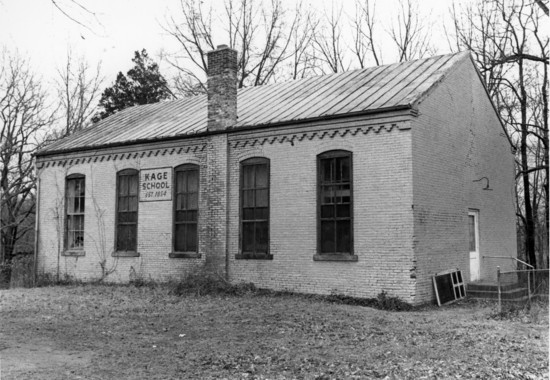