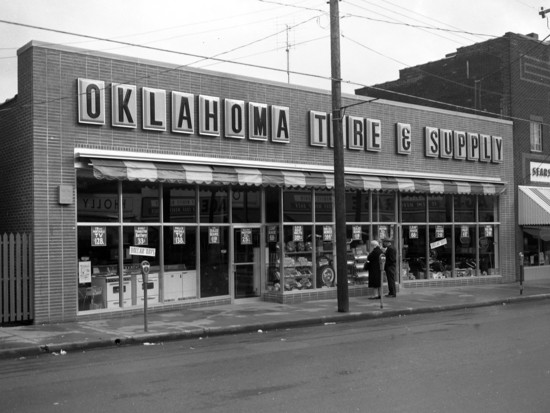 Construction will be placed underway in mid-April on a building at 32-34 North Main to house a Cape Girardeau outlet of the Oklahoma Tire & Supply Co., a firm that has about 200 stores through the Southwest.

The building will be erected by Martin Hecht and his brother and sister, Jacob Hecht and Mrs. Cecelia Applebaum, who purchased the property from their father, Louis Hecht.

It will front 60 feet on Main and have a depth of 134 feet to Water street. At the rear there will be a balcony 60 feet wide by 54 feet deep.

Mr. Hecht said the plans call for a drive-in service entrance entrance from Water street. This enclosed area also will have an interior loading zone and a receiving area. Cars may enter for direct servicing.

The front of the brick structure will be glass with aluminum framing, giving a broad view into the interior of the store.

Bids have been asked from contractors and are due on April 11. Fred Dormeyer, Cape Girardeau architect, is designing the structure.

Oklahoma Tire and Supply Co. has its headquarters at Tulsa and has outlets in Oklahoma, Texas and Arkansas. It now has underway an expansion program into the Midwest and Far West.

A portion of the site of the building was used for many years as the location of a restaurant with apartments upstairs. It was torn down about four years ago to make a parking lot.

Mr. Hecht noted that construction of public parking lots on both north and south ends of the two-block shopping area have lessened the need. Were it not for these, he said, the site of the projected building would have been continued for parking.

Adjacent to the parking area, buildings occupied by the Cummins Shoe Center and until recently a barber shop will be razed to provide remainder of the space needed by the new business. Cummins will move into a building across the street. The barber shop has moved to another location. 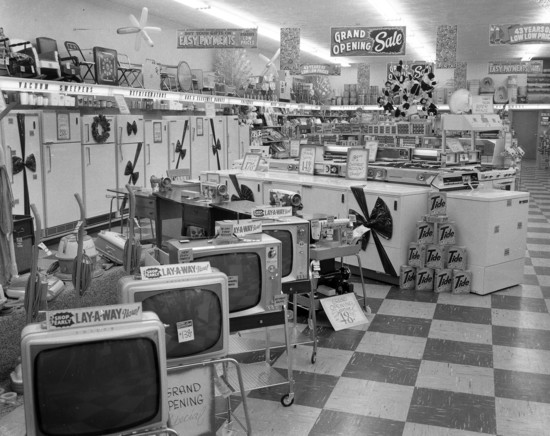 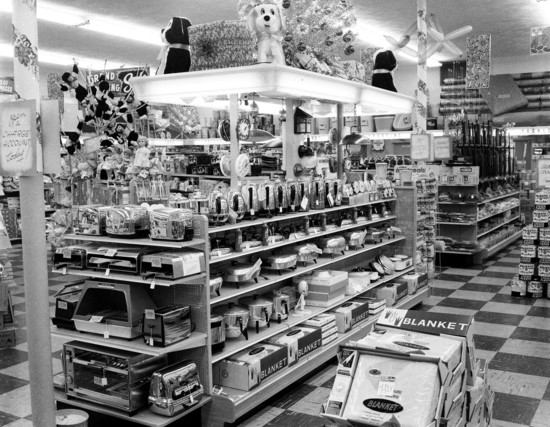 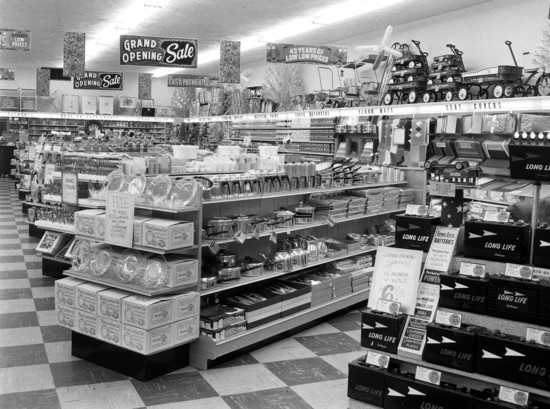 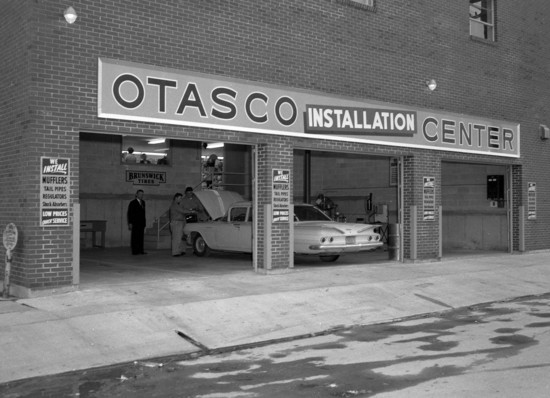