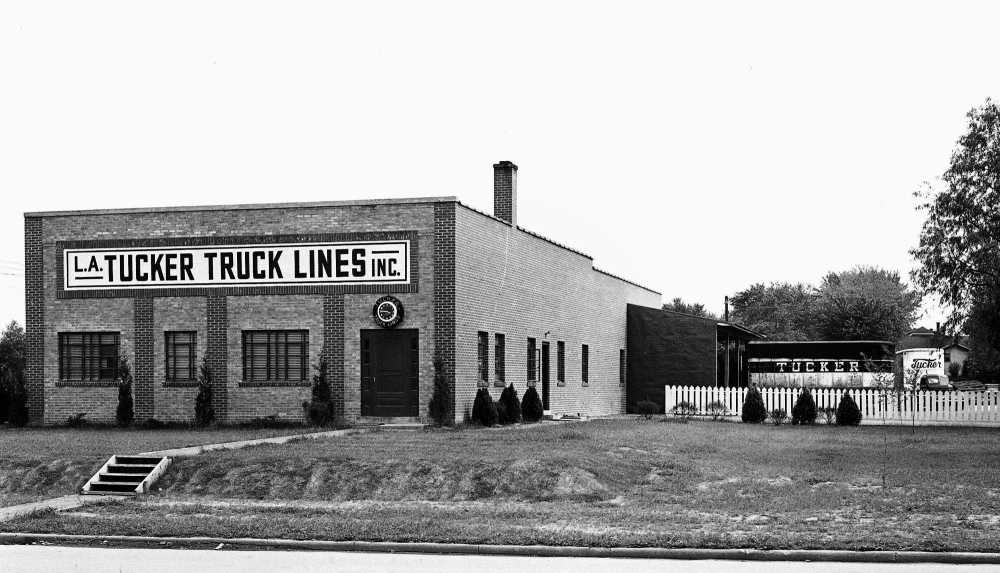 The L.A. Tucker Truck Lines, Inc. was established in the early 1920s. It's slogan: "Let Tucker be your Trucker." It was located at 1451 Independence in Cape Girardeau.

New Year Greetings! We extend the heartiest Season's Greetings to all. Thank you for the fine support you have given us in the past year.

Throughout the war years, the Tucker Truck Lines met the difficulties of labor shortage, equipment maintenance and other problems to keep your freight moving regularly. In the coming year we will spare no effort to improve the existing high standards of our service.

Daily trips to and from all points between Cape Girardeau and St. Louis and points south on Highway 61.

Memphis to Cape Nightly, Round Trip