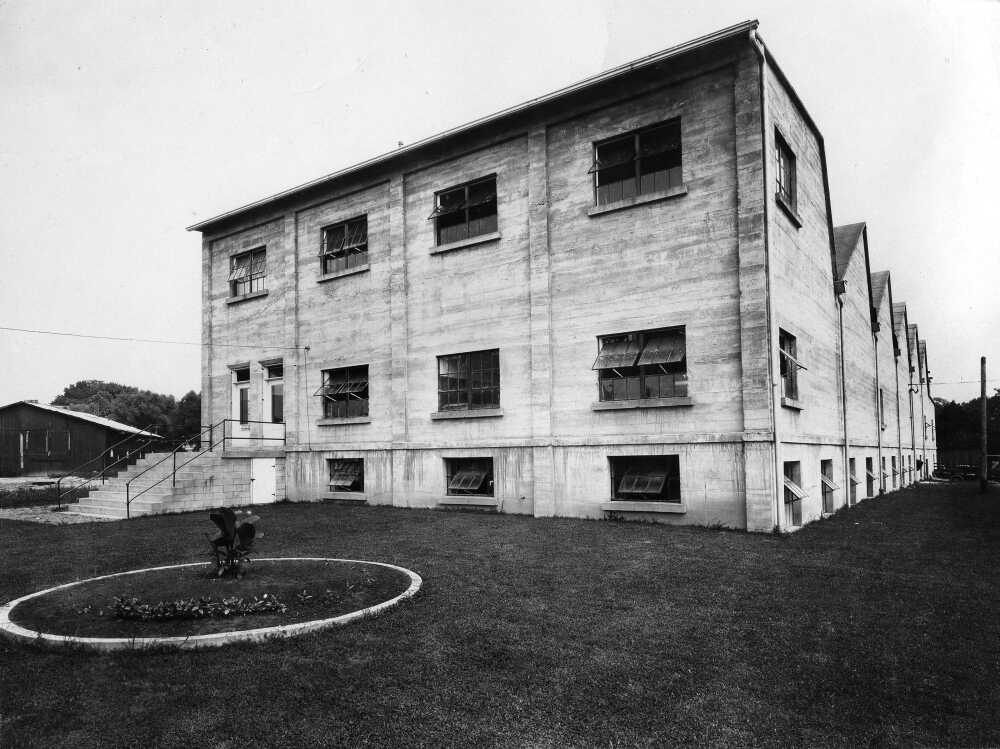 Built in 1924 at a cost of approximately $60,000, the American Gauze Co. building was at 1 College St. on the site of St. Vincent's College Cemetery. The remains of those buried within the cemetery had to be relocated to Perryville, Mo., or St. Mary's Cemetery in Cape Girardeau before the construction of the plant.

The company employed more than 60 people, and it was one of six similar companies in the United States. It manufactured gauze, absorbent cotton and other sanitary items. Southeast Missouri's recognition as an important region within the United States for growing cotton led to the establishment of the company in Cape Girardeau.

The structure was built of reinforced concrete and measured 80 feet by 186 feet. The front portion of the building had a flat roof, while the side elevations had five side gables, giving the appearance of a large saw. It was designed to get the best possible light from the north, while keeping away the glaring rays of the sun in the east and south. This overhead system of light provided the majority of light with only a few windows on the side of the building, except where the offices were located.

The building was torn down in 1997 to make way for the expansion of Standley Batch Systems. Photo published Oct. 3, 1929, Missourian 25th Anniversary edition. 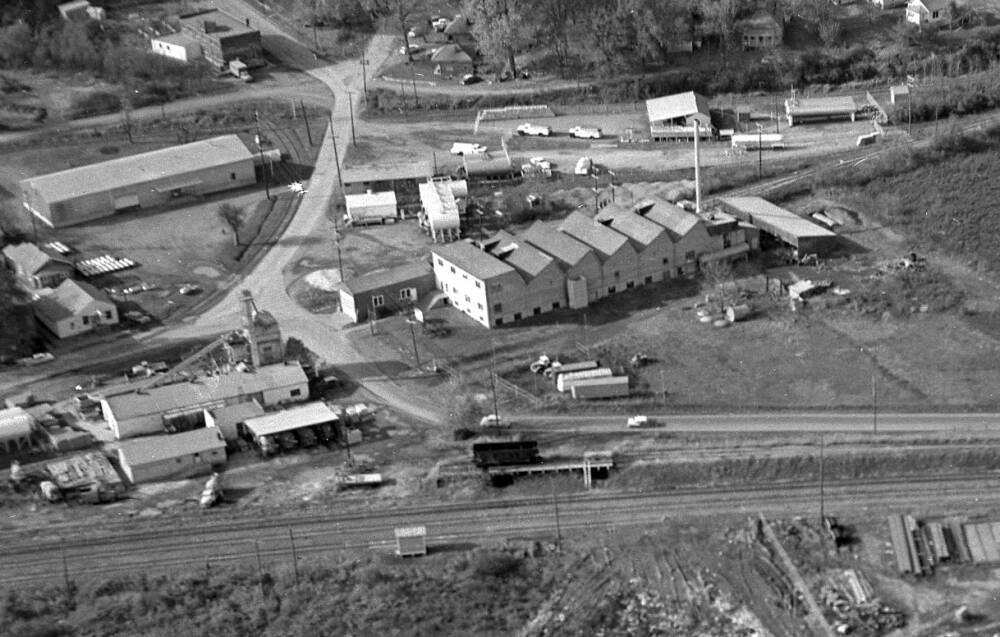 Formerly American Gauze Co., the American White Cross Laboratories buildings are seen in this undated, possibly 1950s photo by G.D. Fronabarger. The site was in Milltown across from the M.E. Leming Lumber Co. in south Cape Girardeau. The plant manufactured surgical dressings and adhesive bandages. Jesse Tow was manager and later president of the company. 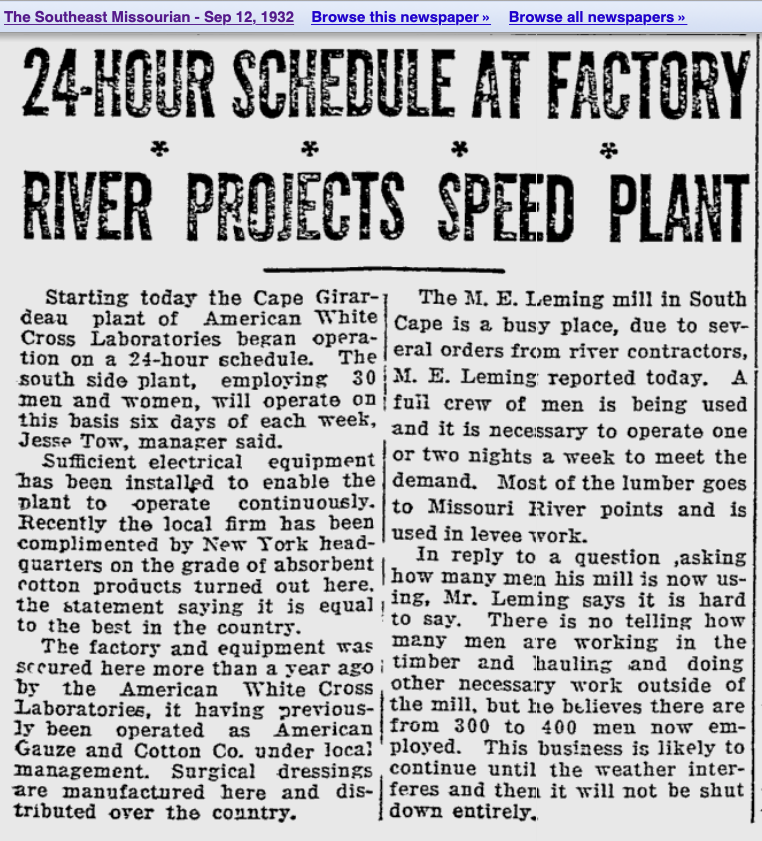 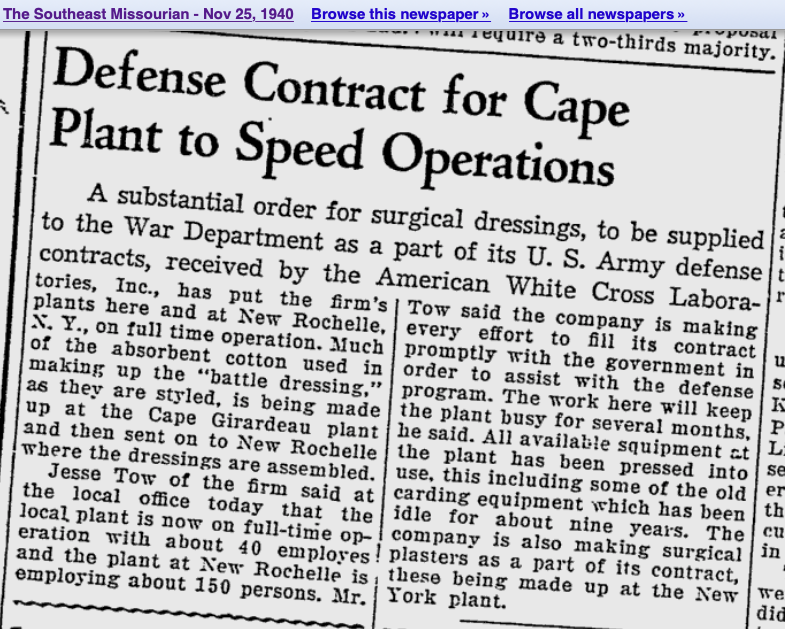 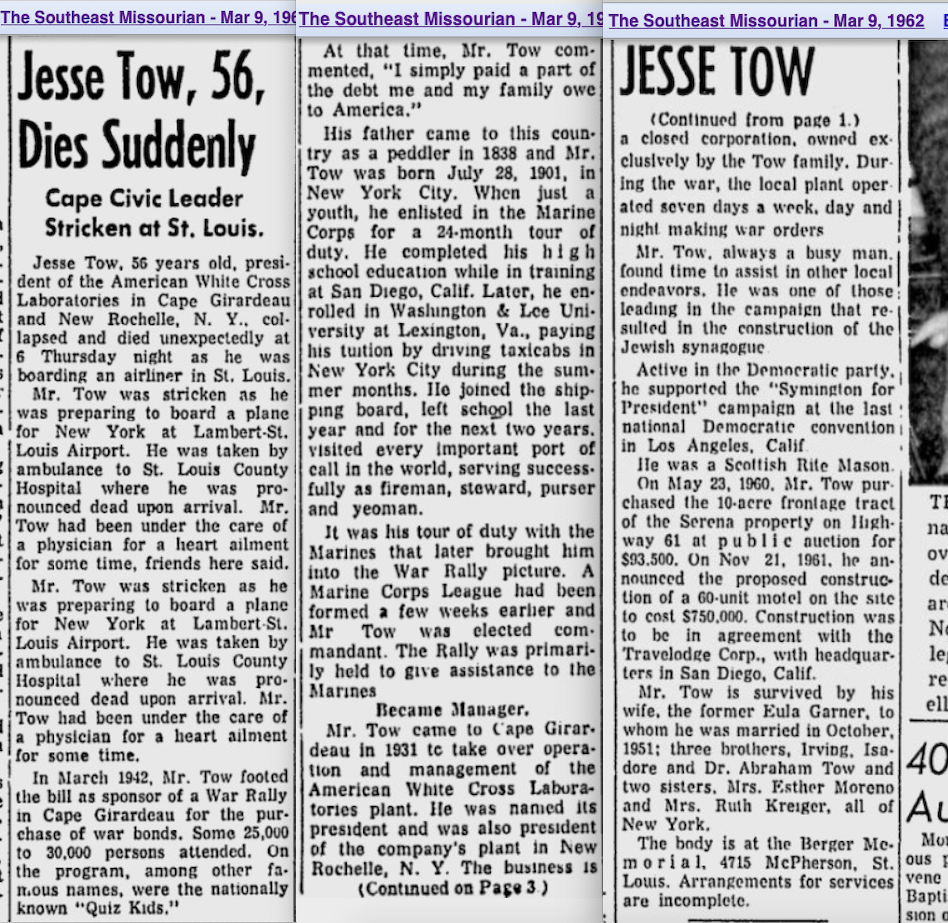