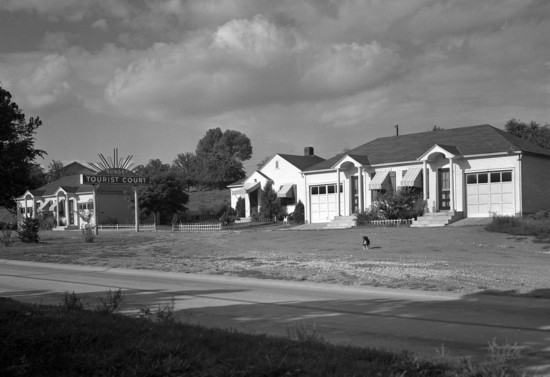 Four new cottages, built along modern and permanent lines, have been finished at the Sunset Tourist Court on Highway 61. Rented to tourists and itinerant business people, the cottages were occupied the first time Monday night.

The attractive units conform in design with the cottages built earlier by the owners, Mr. and Mrs. John Forster. Mrs. Forster ordinarily is personally in charge. It was said today many temporary setbacks were experienced in getting materials and furnishings, but the complete effects to the last detail are now in place. The work was started in 1945. 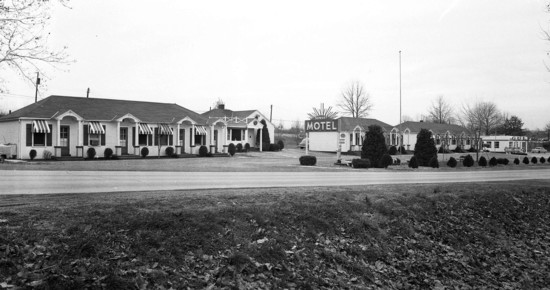 According to a June 12, 1988 story in the Southeast Missourian, the Sunset Motel was constructed in 1941 by Mrs. John Forster, while her husband was serving in the Merchant Marines.

The motel, at time of opening, consisted of three buildings, one of them an office building. The other structures offered tourists a total of 14 rooms, along with garages.

The motel was later remodeled, utilizing the former garage space for tourist use. When the motel was sold in 1954, it had 14 units, some of which included living rooms.

The Forsters, who had immigrated to the Chicago area of the U.S. from Germany, moved to California after selling the motel.

When they first moved to Cape Girardeau, after operating a truck stop in the Chicago area, they purchased a plot of ground on Highway 61, now North Kingshighway.

The Forsters established a Dari-Castle on the property, just north of the motel site. 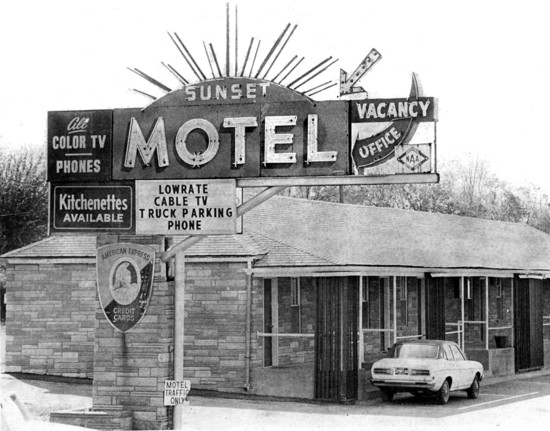 The Sunset Motel property was purchased by Gene Rhodes and demolished in 1988.

The new structure, which will be a two-story building containing more than 15,000 square feet, will replace the Rhodes Bait & Tackle and service station operation located at 1008 N. Kingshighway.

"We have 380 feet of property fronting North Kingshighway here," said Rhodes, "and the depth of the property is about 180 feet."

"People will be able to enter the second-story level from Kingsway Drive," said Rhodes. "The Kingshighway traffic will enter the first floor of the building."