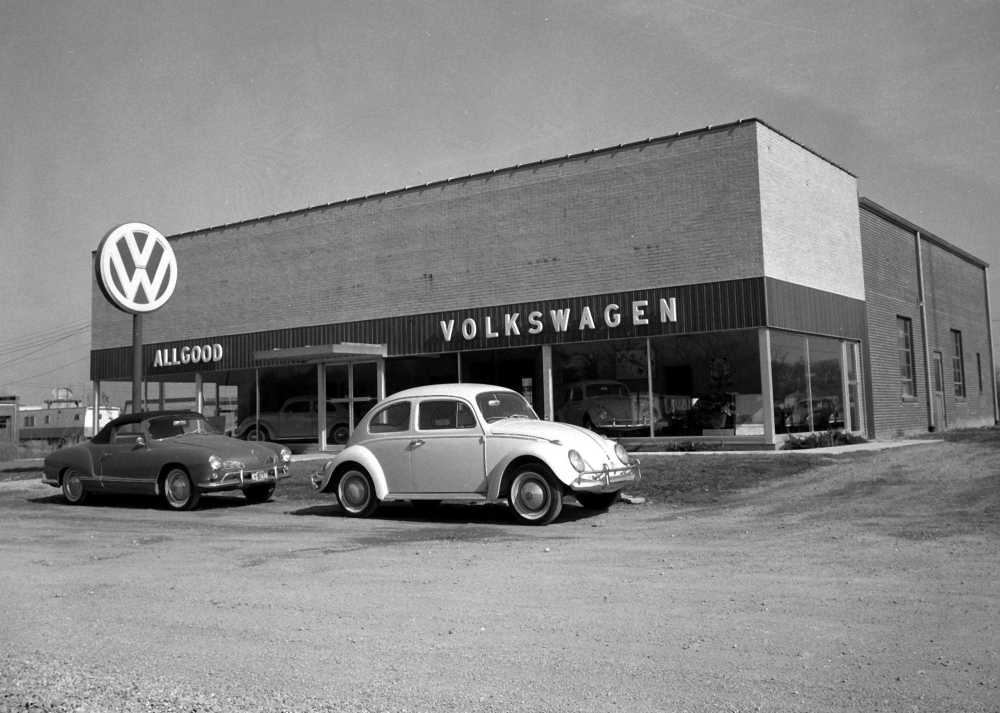 GROWING... Not the size...But the Sales!

YES! The 1962 Volkswagen was greatly accepted and bought at Allgood Motor Co. during its third successful year in Cape Girardeau.

Allgood Motor Co. plans to grow even more in 1963 and so will Volkswagen sales.

Come in and see these sensible vehicles--with the low price tags. Their air-cooled rear engines and superior mileage! Their rugged welded-steel bodies! And find out about our unique Volkswagen protective plan--with Volkswagen-trained technicians and genuine Volkswagen spare parts.

Come in and Meet Us--and Meet the Volkswagen, Too

The Allgood Motor Co., a Volkswagen automobile agency here, went into operation today under new ownership, it was announced today.

The business, at 208 Linda, is being operated under the name Adams Sales and Service, Inc.

Other stockholders are Mrs. Adams and James McHaney.

Mr. Adams and his family are to make their home in Cape Girardeau, it was reported.

Be the first on your block to drive and have a 1966 VW. Or check our 1965 close-out bargains on demonstrators.

The business became Cape Volkswagen, Inc. in 1970 after assets of Jack Adams Volkswagen were purchased by Frank Vitale of St. Louis, who took over management.

The 1980 and 1981 telephone directories list Town and Country Motors, 1733 N. Kingshighway, as the Volkswagen dealer.