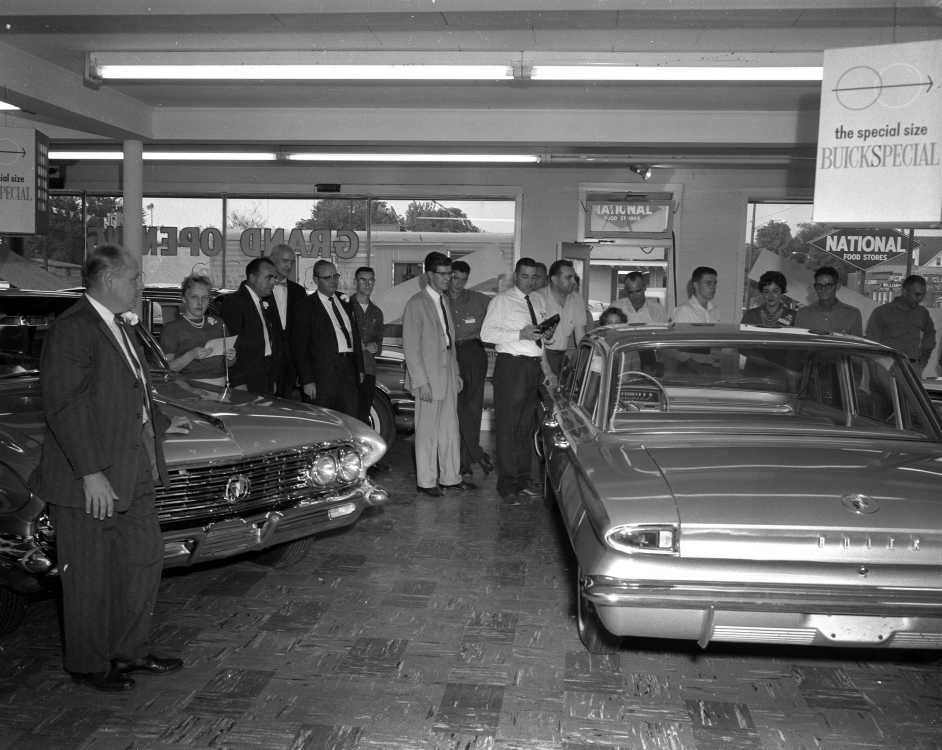 This picture was made at the grand opening of Wiethop Buick, 201 South Sprigg St., in Cape Girardeau in 1960. (G.D. Fronabarger photo)

Cape Girardeau will have a Buick automobile dealer when the franchise-holder, Carroll Wiethop, completes remodeling of the former dealer's building and stock the establishment with new parts and cars for an expected August opening.

Mr. Wiethop, owner of the Wiethop Truck Sales Inc., was appointed Buick dealer by the General Motors Co. this week. He will remain in the truck business but plans to operate it and the car dealership as separate units. The International Truck dealership will remain at 20 South Sprigg while the Buicks will be sold at 201 South Sprigg, the former location.

A new sales force, plus service and parts department employes will be hired by Mr. Wiethop before the business will open.

The new Buick dealer will also sell and service the Opel, German-made General Motors car, which is competing in the small and compact car market.

A grand opening is scheduled for later in the Autumn, Mr. Wiethop said.

The reason for his expansion, according to Mr. Wiethop, is because Buick sales have increased nationally over the corresponding period of 1959 and this area has a need not only for a new car dealership but Buick owners need service and parts close at hand. The new dealer has sold International Trucks in Cape Girardeau for six years. 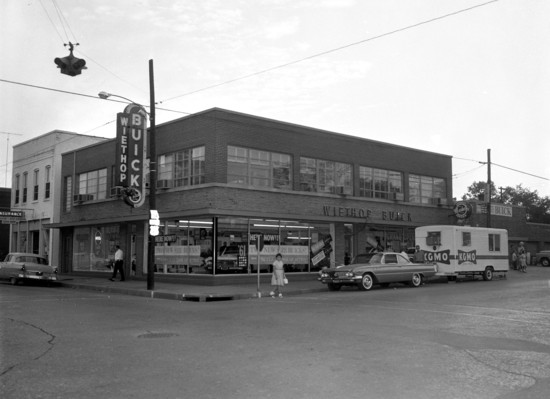 Carroll Wiethop founded Wiethop Truck Sales Inc., a truck and trailer sales company at 20 S. Sprigg in July 1954 after moving to the area from the St. Louis area. He retired in 1987.

The business became Simpson Buick, Inc. which operated at 20 S. Sprigg St., the former location of Wiethop Truck Sales, which had moved to 2359 Independence in 1963.

On each one of these days--Wiethop Buick will place a 50-pound block of ice on display at their used car lot. As long as there is any ice left--you can deduct $100 on any of their 40 double-checked used cars.