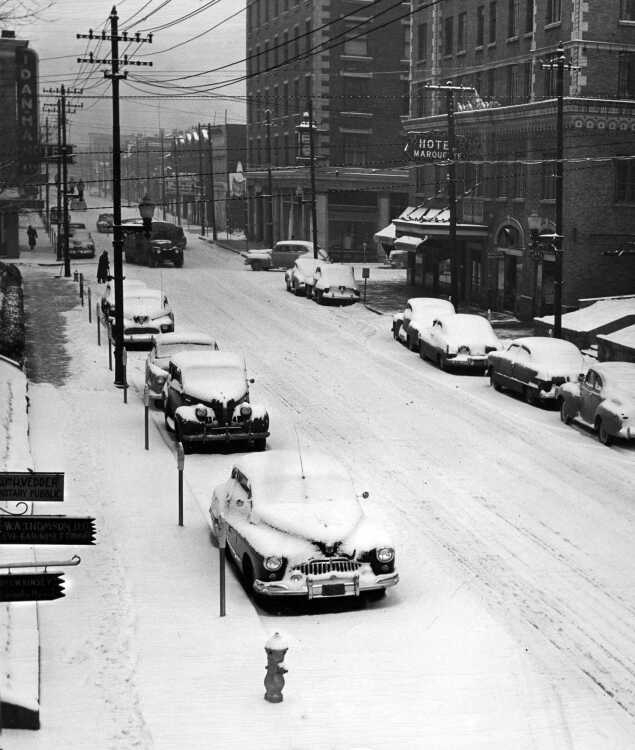 This picture by G.D. Fronabarger shows the 300 block of Broadway.

Street department crews were out this morning scattering cinders on hills with Independence street west of Spanish street, and Broadway Hill receiving the first applications.

An innovation to snow removal was instituted when the small tractor used by the health department for weed cutting during the summer months was called into play. A blade was put on the front and it quickly and efficiently pushed snow from sidewalks at Courthouse Park, a part of Broadway Hill and from around police and fire station headquarters.