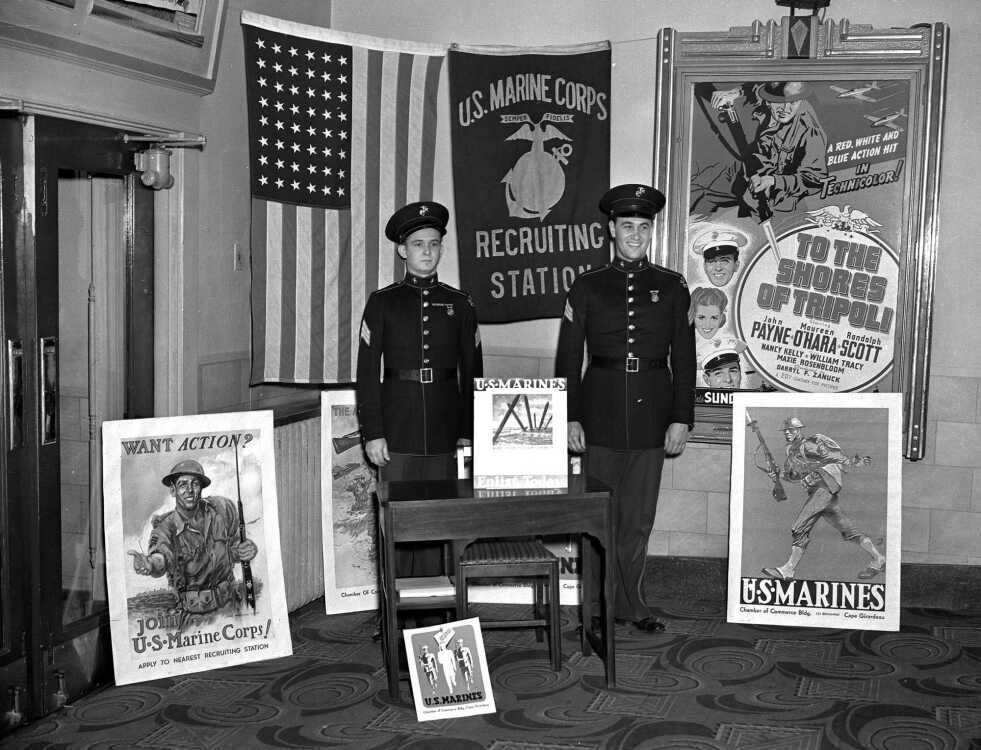 This picture of two U.S. Marine Corps recruiters was probably taken in a Cape Girardeau theater in 1942 by G.D. Fronabarger. We don't know their names.

The movie, "To the Shores of Tripoli," was made that year.

The film starred John Payne, Maureen O'Hara and Randolph Scott in "a red, white and blue action hit" in Technicolor.