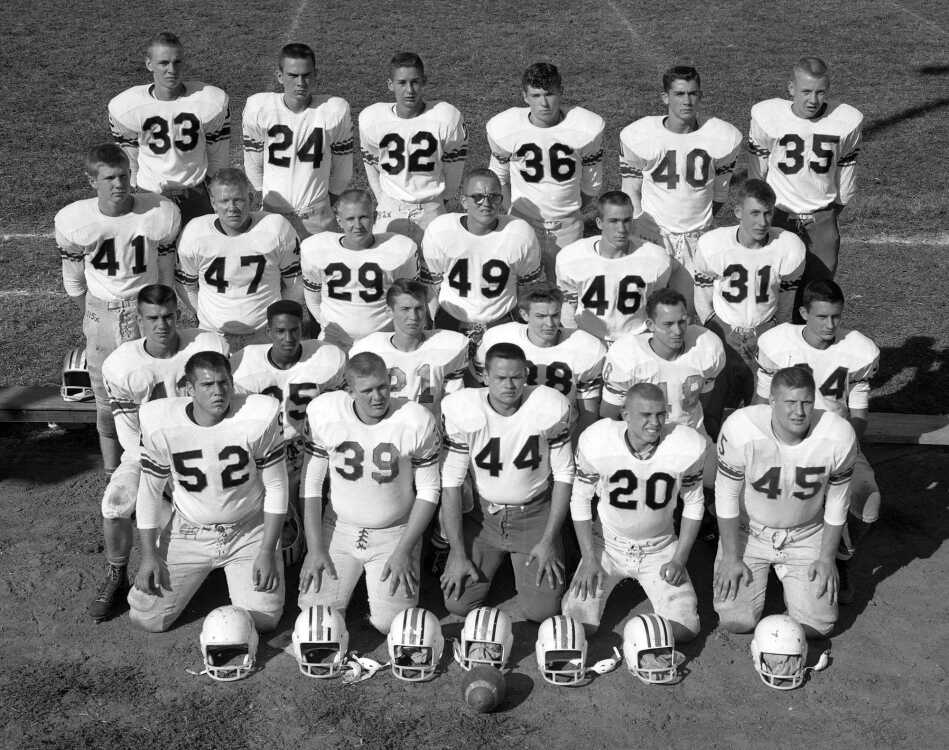 We have identified this previous mystery photo from the Pictures of the Past gallery #28.

Explosive offense and rugged defense meet head-on tonight at Houck Stadium in what could be one of the more exciting clashes in the long 55-game series between Cape Girardeau Central and Jackson prep grid teams. 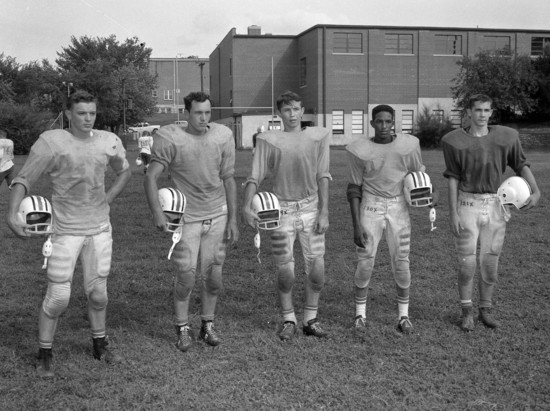 Mike Masterson identified this group of Jackson football players from the Pictures of the Past gallery #30: "The five football players are, from left to right: Tony Kirn, Adolph Sokolowski, Fred Jones, Larry Lewis, Ray Schweain."