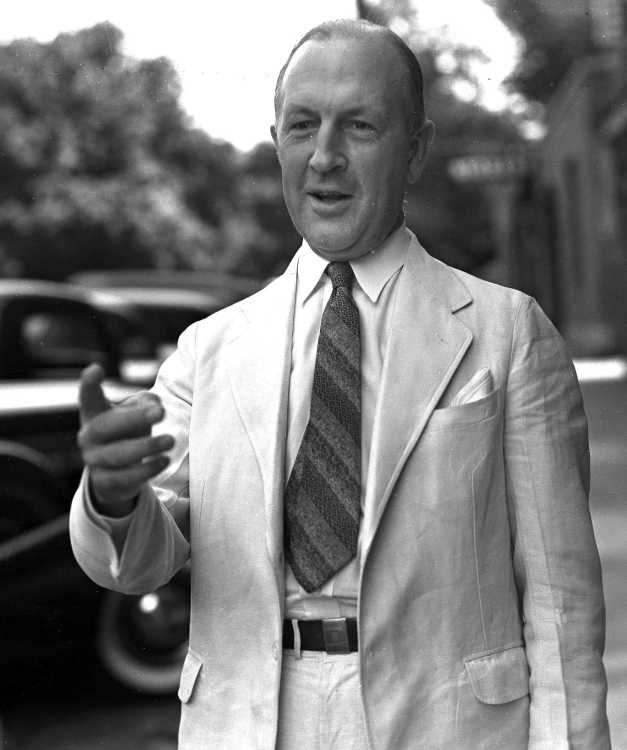 We have identified this previous mystery photo.

After spending the night in Cape Girardeau, Gov. Lloyd C. Stark left early this morning to return to Jefferson City after speaking Thursday night at a political rally in Sikeston. He was met here late Thursday afternoon by a party composed of Sen. R.L. Dearmont, Ray B. Lucas of Benton, H.G. Simpson of Charleston and Rep. L.D. Joslyn of Charleston and escorted to Sikeston for the speech. In good health the governor shows little the effects of the vigorous campaign he has been waging in behalf of Judge James M. Douglas for Supreme Court. (G.D. Fronabarger photo)