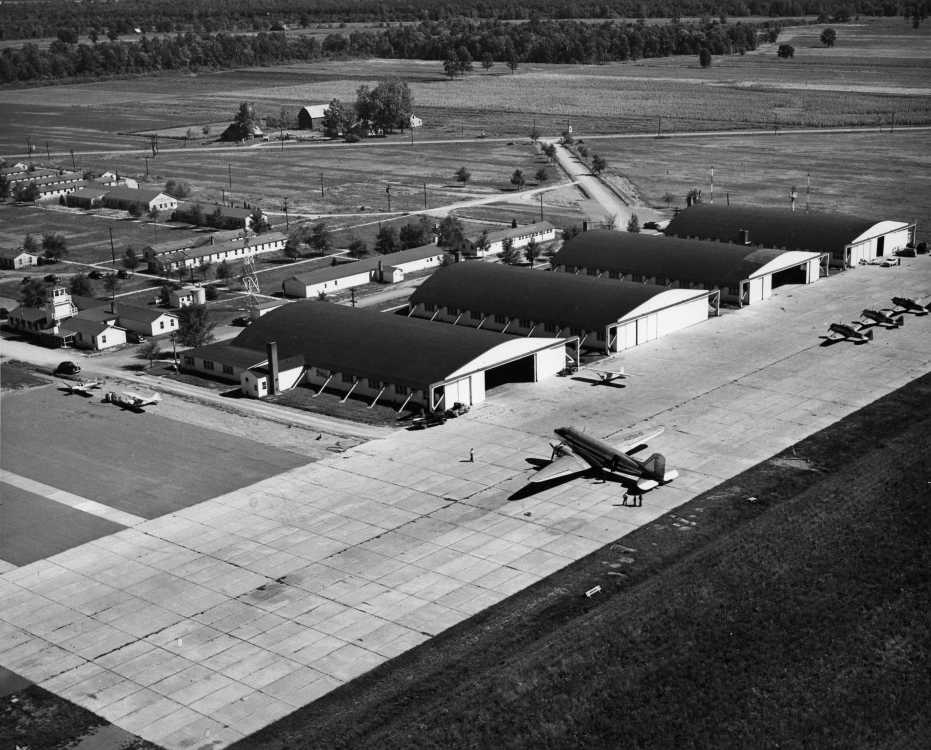 Harris Field was dedicated in December 1942. There were eight barracks, a headquarters building a mess hall, PX and infirmary, as well as athletic facilities and an obstacle course to keep cadets fit. Used as a primary training base, 2,500 pilots learned to fly there. (G.D. Fronabarger photo, circa 1944)

Only a small amount of flying remains to be done at Harris Field before the Army Air Forces program is suspended. Tentative plans are to complete the training this week, but present orders are that the field's services are to be discontinued March 24. Many of the cadets now here have already completed their work and the class is awaiting orders to proceed to a basic flying school.

Only a few of the flight instructors are left, others having gone to various other posts. Seventeen of the group were taken into the Air Transport Command and have gone to Memphis, Tenn., to report for duty. Fourteen of the instructors have gone to Sikeston as instructors, and four went to Tuscaloosa, Ala., to do similar work at the Alabama Institute of Aeronautics. Some of the mechanics have gone to LaGuardia Field, New York, to begin work with the American Export Lines. 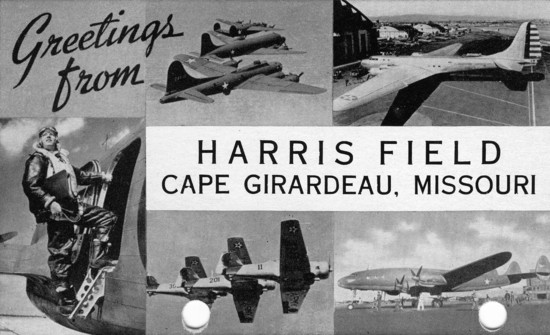