Mainliners No. 2 in Legion tournament 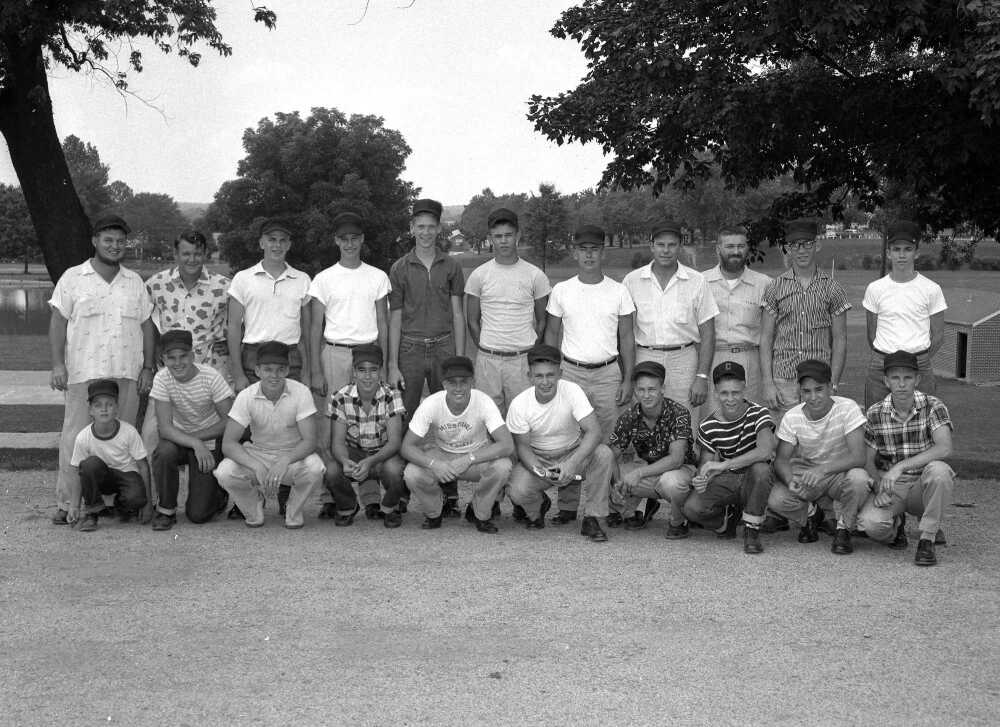 Bob Hagedorn or Ringgold, Ga. has identified this picture of the Mainliners baseball team from Mystery Photo Gallery 31 of Oct. 12, 2012.

"At this time in 1956, the Sesquicentennial was going on in Cape, and that is why two of the adult men in the photo have beards," Hagedorn said.

"Coach (Leon) Brinkopf was our hitting coach and instructor. He had recently retired from the Chicago Cubs because of a back injury. The experience was great, to learn from a major league player and to watch him hit a ball in batting practice. He became a hall of fame baseball coach at Central High School.

"I played for the Cape Mainliners American Legion team for a couple of years. This was a great team and the players were the best from three area high schools."

(Groves Motor Co. sponsored the baseball team. Mainliner was an automobile made by the Ford Motor Co.)

Read about the 1951 team that won the state championship in Junior Legion baseball in this previous blog.

The Mainliners were defeated in their opening game of the eastern division of the state Legion tournament at Mexico Friday night by the Stockham Post of St. Louis, 9 to 2 and played Shelbina this afternoon at 1:30.

Cape Mainliners Rank No. 2 in Legion Meet at Mexico

The Mainliners placed second in the eastern division of the state Legion tournament held over the weekend at Mexico, Mo., losing to the Stockham Post of St. Louis in the final game Sunday afternoon, 15 to 6, which was the Cape team's second defeat to the champions, as they had lost the opener Friday night, 9 to 2.

Following the defeat Friday night, the Mainliners went on to defeat Shelbina, 16 to 1, Saturday afternoon and won from Jefferson City Saturday night, 5 to 0, to give them a two and two tourney record.

Pictures of the Past