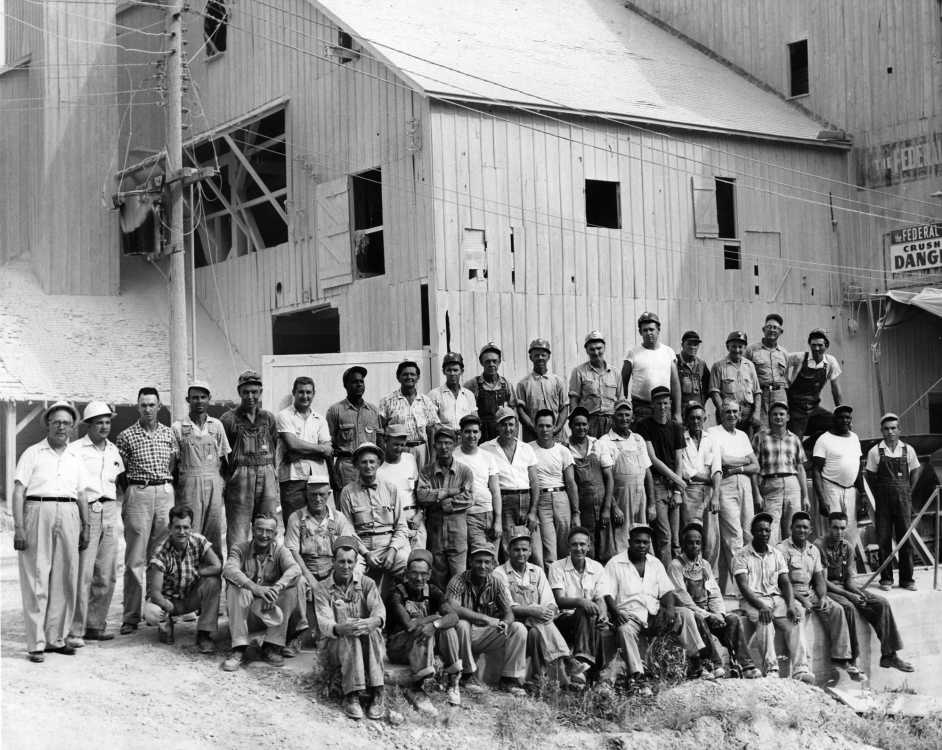 No Lost Time Injuries for 704 Days by Firm in Cape

Not one lost time injury in 704 days--this is the admirable safety record held by Federal Materials Co., South Sprigg. In this almost two-year period of "accident free" days, 200,000 man hours have been put in by the company's 52 employes.

The record is even more enviable considering the occupational hazards presented by the plant's open pit quarry and underground mining operation....

....When the program was inaugurated about five years ago, stewards were selected, one for each craft: Operating engineers, teamsters and chauffeurs and common laborers. At the initial meeting with the stewards, and at their suggestion, it was agreed that each employe wear on his person a safety button carrying various wording--"safety pays," "my brother's keeper," "no accident man," "safety captain," (these for the stewards), and others.

It was the men's thought that if a worker sees these buttons on his fellow workers they would serve as a constant reminder to him to practice safety at all times. The men are encouraged to wear safety shoes and hard, or safety hats.

The company has been operating at this location since 1904, then as the Edward Hely Stone Co. In 1932 a corporation was formed, known as the Federal Materials Co. The company also operates a sand and gravel and Ready-Mix concrete plant at Paducah, Ky., but the main office is at 2424 South Sprigg.

Limestone of high quality is quarried from both open pit and underground mining operation. The stone is hauled to the primary crusher where it begins processing into various sizes of stones; namely, for Portland cement and asphaltic concrete work, as well as Rip Rap for river revetment and dike work.

Also, agriculture limestone is produced for neutralizing the acid in soils. The company ships its products by truck, railroad and barge. Last year stone for river work was shipped by barge as far as New Orleans, also to several points in Texas. But most of its products are shipped to southeast Missouri and northeast Arkansas.