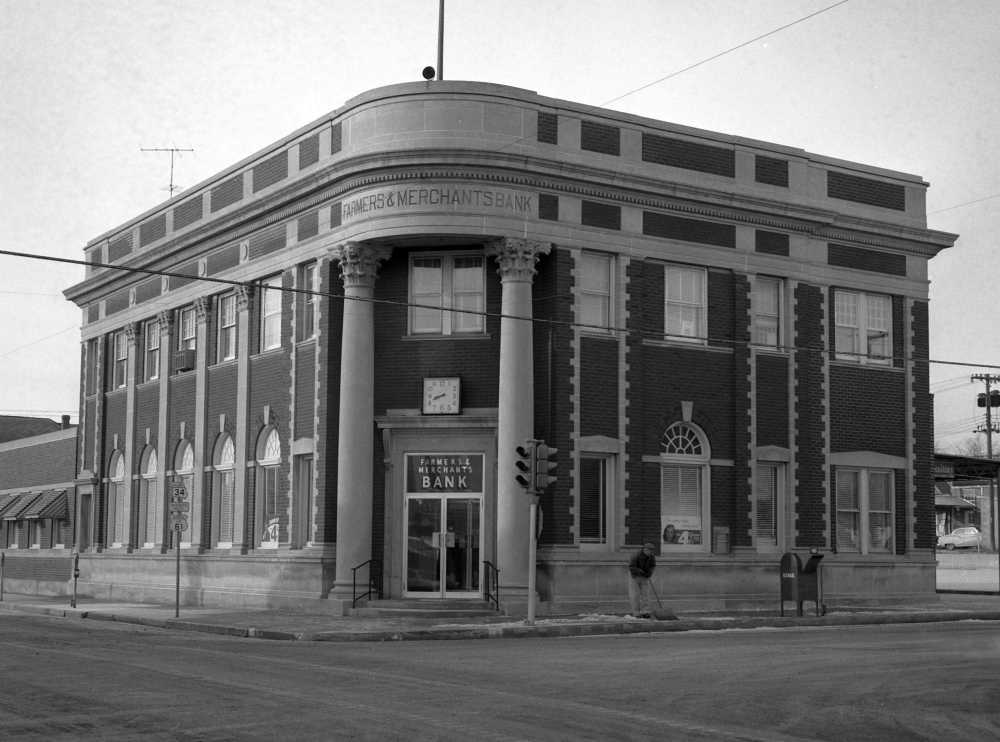 Farmers and Merchants Bank was incorporated in November 1904 and opened for business on Jan. 3, 1905, in the 600 block of Good Hope Street. Situated in the Haarig business district, the bank catered to the financial needs of its German-American neighbors.

In 1923, a new facility was built at the southwest corner of Good Hope and Sprigg streets. The red-brick structure was expanded and remodeled several times in the following years, including construction of an addition on the south side of the building in 1936 and installation of a drive-up window on the west side in 1970.

Three years later, Farmers and Merchants moved its main banking facility to a new building on William Street, and the Good Hope location became a branch office. Boatmen's Bank of St. Louis purchased Farmers and Merchants in 1982, and in 1985 the Haarig structure was donated to the Salvation Army.

Before it was razed in 1995, it had been the oldest surviving bank structure in the city.

Sharon Sanders shares the 1995 story of the former bank building being razed for a new headquarters of the Salvation Army:

From the archive: Historic building gives way to Salvation Army