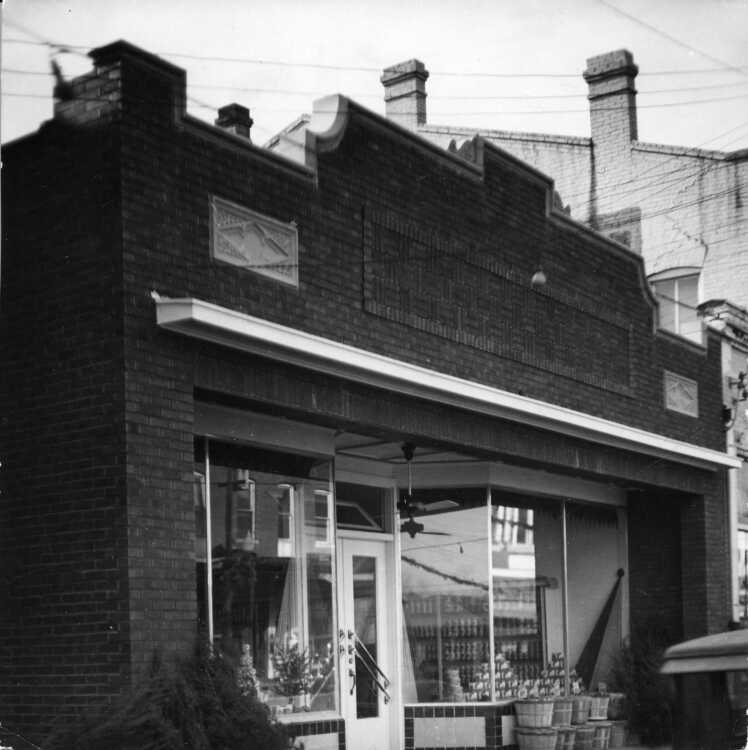 This picture of Ruh's Market was published Dec. 31, 1936 in the Southeast Missourian Show Me Edition. (G.D. Fronabarger photo)

The new business house, finished with a white and black interior, measured 33 x 80 feet, with 60 feet of space in the front of the building arranged for the store itself. At the rear was an office, meat department and order-filling room. Modern conveniences, such as air conditioning and good electric lighting, were not neglected.

The structure, leased by Ruh and owned by Dr. John St. Avit, was built by Sam Smith and A.F. Lindsay was architect.

Ruh began business here on June 11, 1907, when he and G.H. Gross opened a store at the corner of Good Hope and Frederick streets, calling it Gross and Ruh Market and handling fruits and vegetables supplied by an 80-acre farm owned by Ruh about six miles north of Cape Girardeau on the old Perryville Road. The partnership continued until Gross's death in 1932, when Ruh purchased his partner's stock from the heirs.

From a stock of goods worth $200, one meat saw, two knives and a cleaver, the market progressed until, in 1936, it had outgrown its original quarters. Even with the 2,400-square feet of space the new building provided, however, things eventually became cramped again.

Ruh had an addition constructed on the south side of the building in 1948, having purchased the structure from St. Avit's heirs two years before. This addition increased the total floor space to 5,000 square feet. At the same time, the interior was remodeled and the business was given a new name: Ruh's New Super Market.

Ruh's Market moved one building west a month after a windstorm struck the Haarig District. Read about the storm in this previous blog: