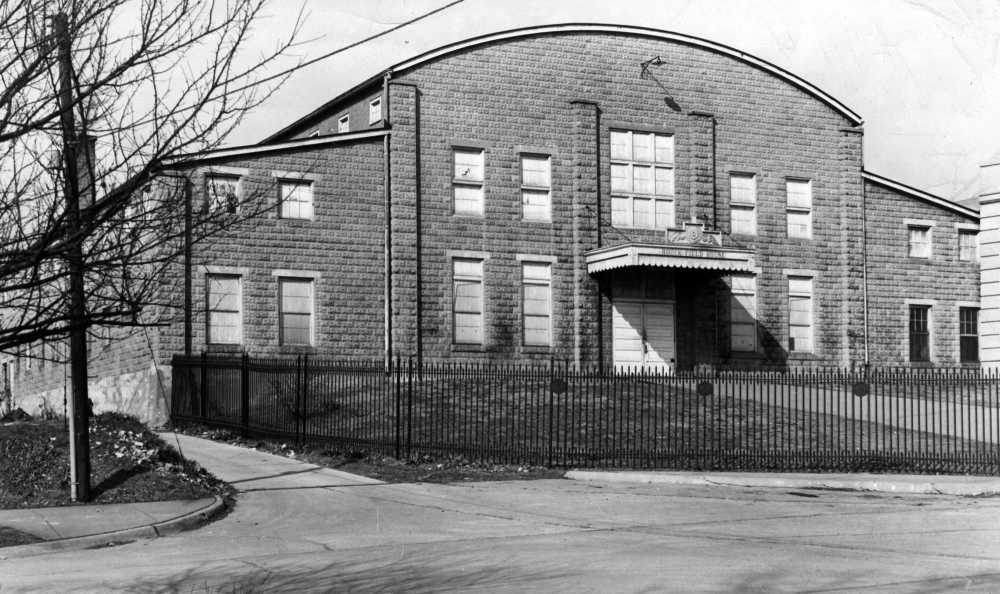 This is the original Houck Field House in Cape Girardeau.

The building opened in 1927 with a district high school basketball tournament.

Fire destroyed the building on Feb. 17, 1948. Here is a story published that day in the Southeast Missourian:

No building in town has so well served the whole community and southeast Missouri, as well as did Houck Field House in the 21 years that it has been a part of Cape Girardeau.

Besides its use by State College basketball teams and by ones of Central High School, College High School and the Sunday School League, it has been the scene of innumerable gatherings of a community and district nature. Great political meetings, religious evangelistic services, union meetings, automobile shows, The Missourian's cooking schools, Scout events, civic celebrations of varied character and countless others have been held there.

During the winter months in particular the field house was in use almost every night. Cape Girardeau has nothing remaining as much of a community center as was Houck Field House.

The field house was the direct outgrowth of the Billy Sunday evangelistic meeting of 1925 and of the executive genius of Dr. Joseph A. Serena, former president of the college, who envisioned in it the great community center it turned out to be.

And, its destruction was a personal loss to Dr. Serena, who today in discussing its construction, could hardly control his emotion.

It was the Billy Sunday meeting that really made it possible and provided the necessary impetus. When the meeting ended and the question arose as to what was to be done with the lumber used in the tabernacle, the suggestion was made that it be turned over to Dr. Serena to be used in a college building. The tabernacle was on North Middle at Bellevue street.

Dr. Serena promptly accepted the timber and other material in the tabernacle, valued at about $2500, and all was used, including the windows which went into the upper part of the building, and the tar paper roof.

The building was erected by day labor under direct supervision of Dr. Serena, who had close assistance from Prof. Charles Lamb and Henry M. Dalton, who drew the plans; and from Prof. W.T. Doherty of the college athletic committee and Coach Ferd Courleux, who made practical suggestions as to arrangements. In this way an architect's fee was saved.

Members of the college faculty and many townspeople also made liberal contributions, Dr. Serena recalled.

Walls of the building were made of concrete blocks, but aside from steel girders, supports, etc., all other material was of timber.

The first public use to which the field house was put came in May, 1927, when hundreds of residents of the McClure, Ill., area, driven from their homes by high water of the Mississippi River of that year, were housed there. It provided the only place in the community for such assistance.