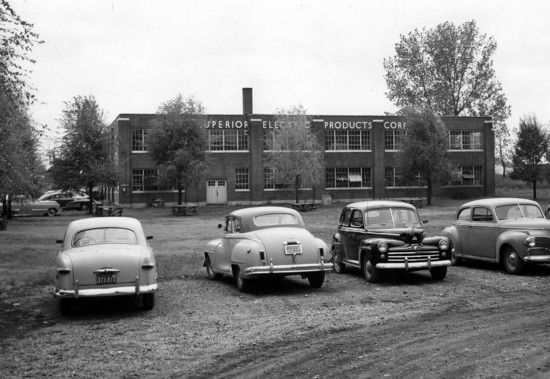 Superior Electric made its exodus from St. Louis to Cape Girardeau in 1938. The local Chamber of Commerce launched a campaign to raise $75,000 to build a plant for the company in September 1937. Construction began on the building, located at 1507 Independence, between Independence and Merriwether streets, west of Louisiana Avenue, on Dec. 1, 1937, and was completed by April 26, 1938. Actual production of electric stoves began May 31 of that year, and later the plant produced heat radiators, a variety of irons, toasters, curling irons fans, waffle irons and other small electric appliances. Superior Electric remained in the building until 1966, when the operation moved to Nash Road. The company ended its stay in Cape Girardeau in 1982.

Superior will close if not sold

Barring an 11th-hour sale of the facility, the Superior Electric Products Corp. here will close in August after 44 years as a Cape Girardeau employer.

The announcement of the decision was made today by James Bauerle, president of the electric-appliance manufacturing company on Nash Road, who blamed the impending closure on a combination of factors, including import pressures and a diminishing export market.

"Unless the company is sold in the meantime we plan on ceasing production in mid-August, Bauerle said.

Superior Electric employees were informed of the upcoming shutdown in a meeting this morning. At one time the plant had between 700 and 800 employees, but in recent years layoffs have reduced the company's work force to about 120.

The closure was ordered by Superior's parent company, United Industrial Syndicate, Inc., of New York. In his letter, Andrew G. Pietrini, president of the syndicate, said efforts to sell Superior have been fruitless.

"It has been our expectation that a buyer could be found for whom Superior's product lines would present a fit," Pietrini said in his letter. "Unfortunately, despite our continued efforts, no viable prospect has materialized to date, therefore, we have decided to cease production at Superior on or about Aug. 16, 1982."

Bauerle said the search for a buyer has been going on for a considerable period of time. "We have some prospects but nothing finalized," he added.

Both Pietrini and Bauerle emphasized that the closure is not a bankruptcy. "It's not a bankruptcy," the Superior president explained. "I guess in this day and age they (United Industrial Syndicate) could just use their money elsewhere."

"Superior will not file under any provisions of the bankruptcy laws," according to Pietrini. "All bonafide obligations of Superior will be met either by Superior or, if necessary, by United Industrial Syndicate."

Robert B. Hendrix, president of the Cape Girardeau Chamber of Commerce, said the closure has been anticipated for some time. He said the chamber will do whatever it can to help find a buyer for the company. "We will see what we can do for them," he said. "But there's not too much the chamber can do at this stage of the game."

Bauerle said that the "general economic conditions that prevail" precipitated the decision to close the plant.

"Exports have been hurting us in the last two years in our particular product lines," he noted. "Also the export market has dried up due to the high value of the dollar. That together with the high interest rates we must pay to finance this operation makes the company not as profitable as we'd like it to be."

Superior Electric was established in St. Louis in 1923 and moved to Cape Girardeau in 1938. Until 1966, Superior was located on Independence street. In 1966 the company moved into a new plant on Nash Road. United Industrial Syndicate purchased the company in 1969.

The Superior Electric building became the home of the Thorngate production plant in 1973. Thorngate was a division of Hart Schaffner & Marx, the clothing division of Hartmarx. Men's suits were manufactured at the plant.

A new building was constructed for Thorngate in 1986 just east of the former Superior Electric site. The new plant was built on the site of the old L.H. Landgraf Lumber Co. 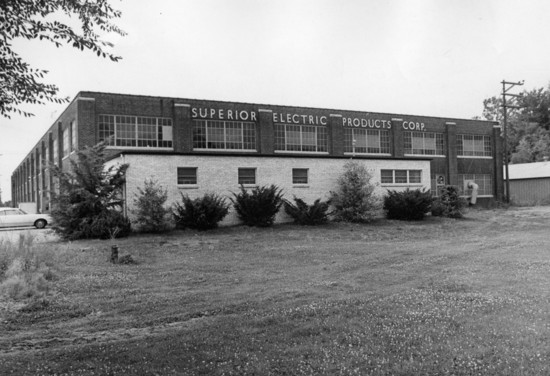