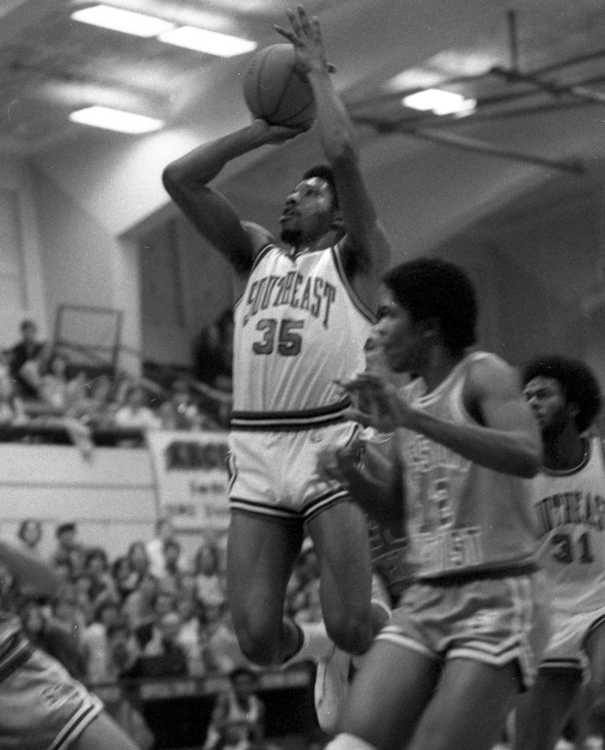 With the news of Otto Porter Jr. joining the Washington Wizards as the third pick in the NBA Draft, here is some background on his father, Otto Porter Sr.

SEMO State's Otto Porter goes up for two of his 25 points Thursday night. With a bucket at the 7:38 mark of the second half, Porter joined an elite group at SEMO -- the 1,000 career point club. SEMO snapped a five-game losing streak by beating non-conference foe Missouri Baptist 88-81. (Southeast Missourian photo) 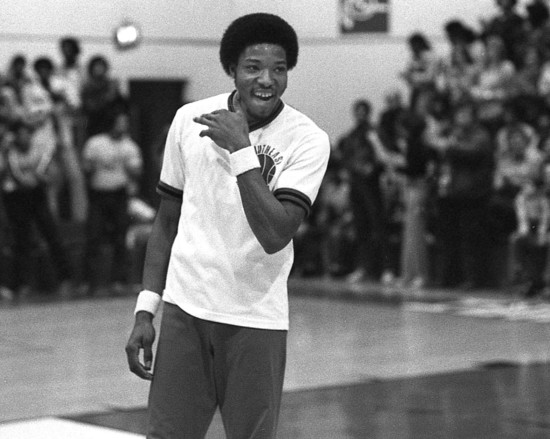 Senior forward Otto Porter is honored with a standing ovation during a pre-game ceremony before the Northeast Missouri basketball game on Feb. 16, 1981 at Houck Field House in Cape Girardeau. 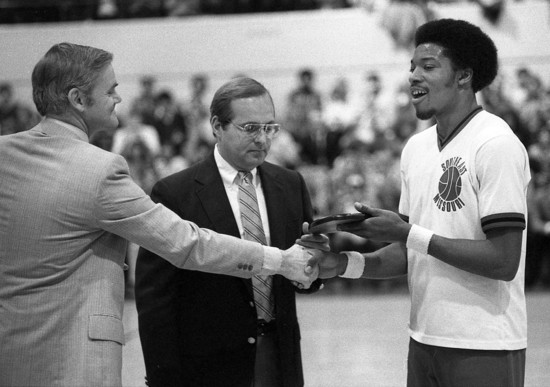 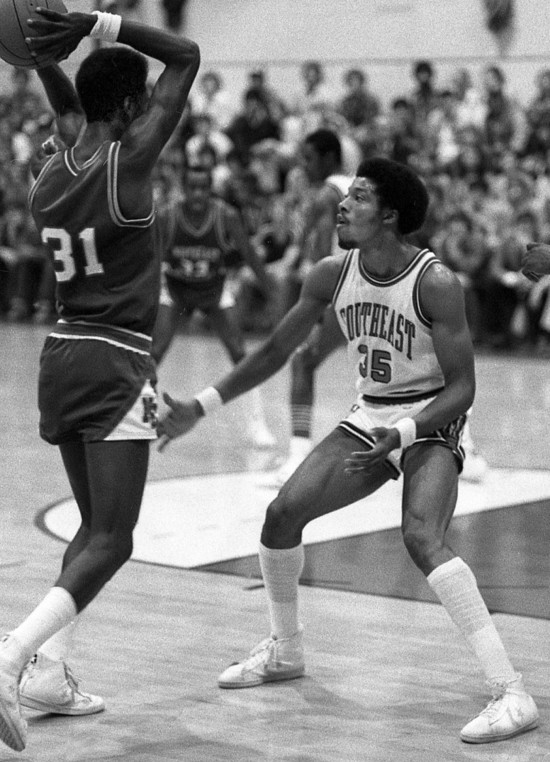 Porter goes out a winner despite mark

When Otto Porter graduated with high basketball honors from Scott County Central High School five years ago, his only ambition was to get a job and start earning a living.

"I really didn't see myself going to college," he says. "School was OK but I didn't really want to play ball."

But his high school coach, Ronnie Cookson, had other ideas. Like many other local followers, he hated to see such athletic talent go to waste. Darn it, the "real world" would just have to wait its turn.

So, influenced by Cookson's nagging, Porter hooked up with modest Southern Baptist Junior College in Walnut Ridge, Ark., with a couple of teammates and a few other area players. It wasn't much but it was a start.

But when Porter's pals began to drift apart and the court family was torn asunder, Porter, too, left after just one season. He then came under Coach Gene Bess' discipleship at Three Rivers Junior College and that's where the legacy began.

After helping the Raiders to a third-place national finish, Porter packed his bag of tricks again and drifted west to Marymount College in Salina, Kan., 500 miles from home and at least 100 miles from anywhere else.

His stay on the lonesome prairie was a short one. In fact, Porter lasted only a few practice sessions.

"Me and the coach just had a disagreement, that's all," Porter recalled. "It wasn't so much homesickness as it was the fact that the coach did things I wasn't used to, and I didn't want anything to do with it."

So, disillusioned and perhaps travel-weary as well, Porter cast a forlorn eye homeward. And there was SEMO State Coach Carroll Williams to welcome the prodigal son with open arms...and a scholarship.

And the rest is Indian folklore. The 6-foot-4 forward averaged 27 points a game last season and has hovered around that mark again this year. Williams knew he had a good player a year ago...but a contending national scoring leader?

"To be honest, we didn't expect him to score that high," said Williams. "We knew he had the ability to do that, though."

Now, having already scored his 1,000th career point recently, Porter is winding down his illustrious Indian career. He and fellow senior Scott Richards, along with Coach Carroll Williams, will be formally recognized at SEMO's final home game Monday night.

Just another night, though, for the man who's grown used to the repeated chants of "Otto, Otto," anytime he steps on a court.

But this has not been just another season for Porter, who's not at all accustomed to losing (through Thursday night, SEMO was 9-13). No one has taken it harder than Porter.

"I guess the big deal is that we're losing," he said after practice Friday. "Being the first year I've lost this many games, it's been difficult.

"There's a number of things that have accounted for it. Everybody didn't see eye to eye and then a couple of ballplayers (guards Pat Niemczyk and Nate Crowden) quit. And it seemed like before we got over that they had quit, Coach Williams quit. It could have affected some of the other players.

"But, the last few games, we've played hard and done some of the right things. It's just little bitty things contributing to us losing."

SEMO State fell in the opening round of the MIAA Tournament 80-66 to Central Missouri State at Warrensburg, Mo.

The senior stalwart from Haywood City exited to an appreciative applause with 19 seconds left in the game, leaving a trail of shattered records, including two new ones.

With his seventh point, Porter broke the old single season scoring mark of 660 points, set by Bill Giessing in 1961-62. The Scott County Central grad finished the 1980-81 campaign with 677 points and closed his illustrious career with the highest two-year scoring average in MIAA history, 25.9 points per game.

For 1980-81, Porter finished fourth in the Division II scoring race.