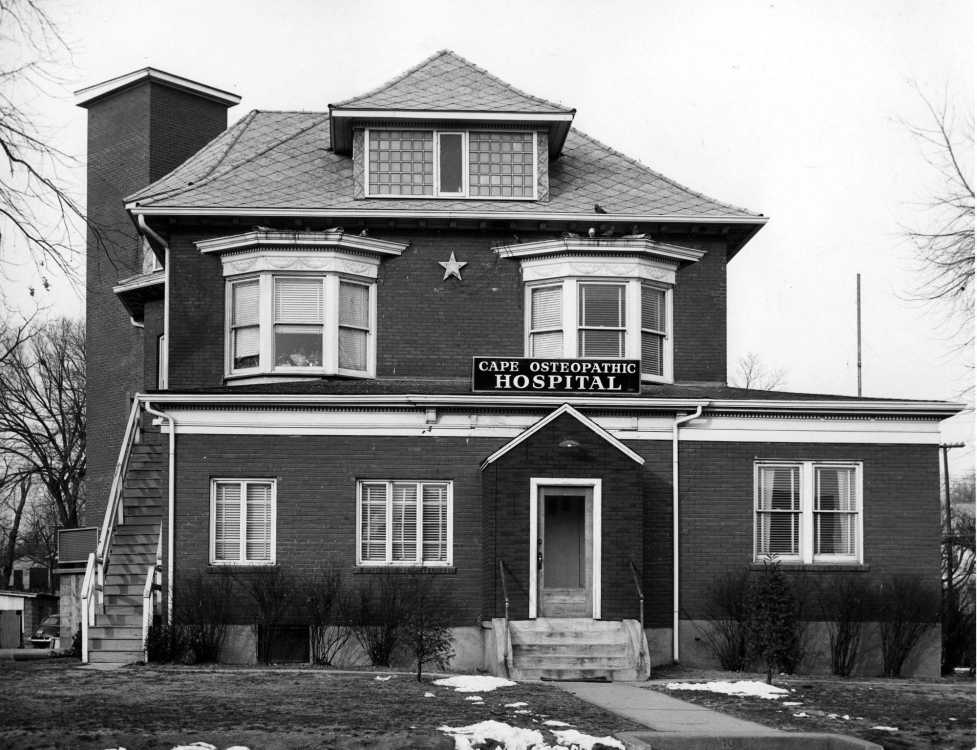 This photo was published Jan. 30, 1954 in the Southeast Missourian Achievement Edition.

Cape Osteopathic Hospital opened at 105 S. Spanish in 1949. It was founded by Dr. D.W. Kinsey, who also held the distinction of being the facility's last patient. The hospital was a non-profit corporation with 25 beds and a staff of 22 osteopathic doctors when it opened. In 1950, Lee McGlothlin was appointed superintendent.

Since the hospital frequently exceeded its capacity, plans were made to expand the facility to a total of 75 beds.

In November 1953, McGlothlin reported in a speech to the Rotary Club that this was one of five osteopathic hospitals in the state, with another one being organized. He reported at that time that the hospital had 35 employees, with a staff of 16 osteopathic physicians and surgeons. He said that 70 percent of the patients came from outside Cape Girardeau.

With space limited at its building on South Spanish and Merriwether, members of the hospital board began looking for space to build a new facility. In December 1956, A.G. Keller, chairman of the board of trustees, announced the purchase of land on Minnesota Avenue in Cape Girardeau as the site of a new hospital.

The 10-acre tract was just south of the recently completed new Jefferson School and was purchased with about $200,000 that had been raised through a special fund drive.

Ground-breaking ceremonies were held on Oct. 6, 1957, with plans made to construct a four-story facility. Some construction work was done, including site work and the pouring of the foundation; however, financial difficulties brought the project to a halt.

When the building project at Cape Girardeau hit financial problems, the Chaffee Chamber of Commerce began working on acquiring the hospital in late 1967. In early 1968, the hospital's board of trustees voted to move its building plans to Chaffee.

When Chaffee General Hospital opened in 1969, the corporation that owned it also owned the Osteopathic Hospital building in Cape Girardeau and the site for the new facility. All operations were moved to Chaffee, however, and the building on South Spanish Street sold.