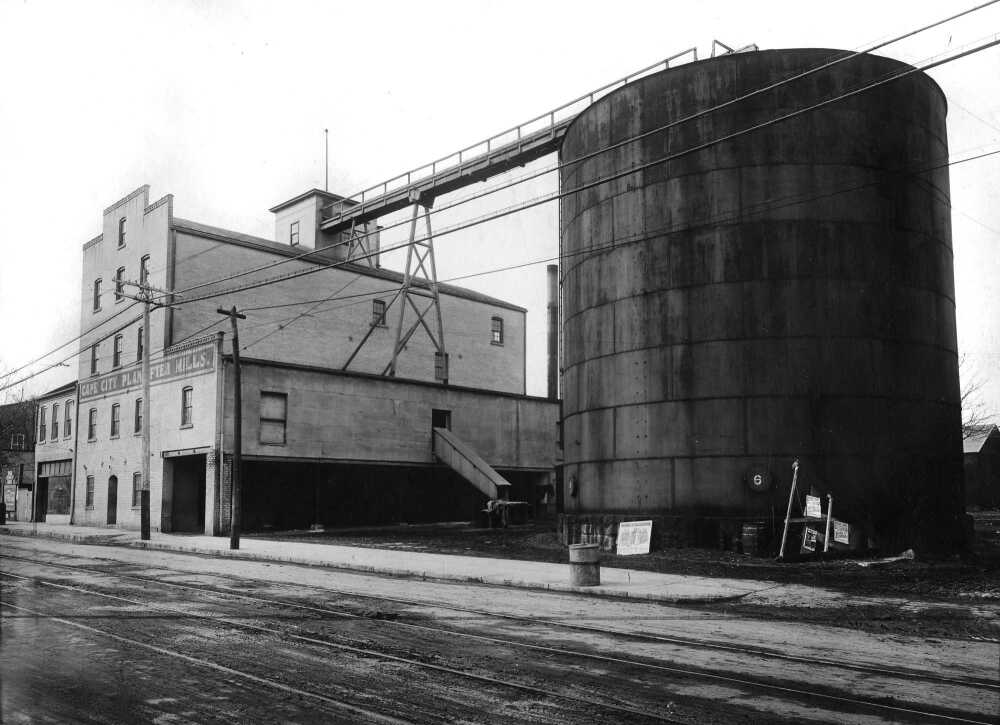 Plansifter Mill was built by George Thilenius in the 400 block of Broadway in 1866. Flour from this mill won the "Medal of Merit" at the Vienna World's Fair and first prize at the Philadelphia Exposition in 1876. Later, Stein and Lance Mill operated at the location. (Photo published Oct. 3, 1929, Southeast Missourian 25th Anniversary edition)

It was located on the west side of the Himmelberger-Harrison building, Broadway and Fountain St.

Planters Mill and the cove