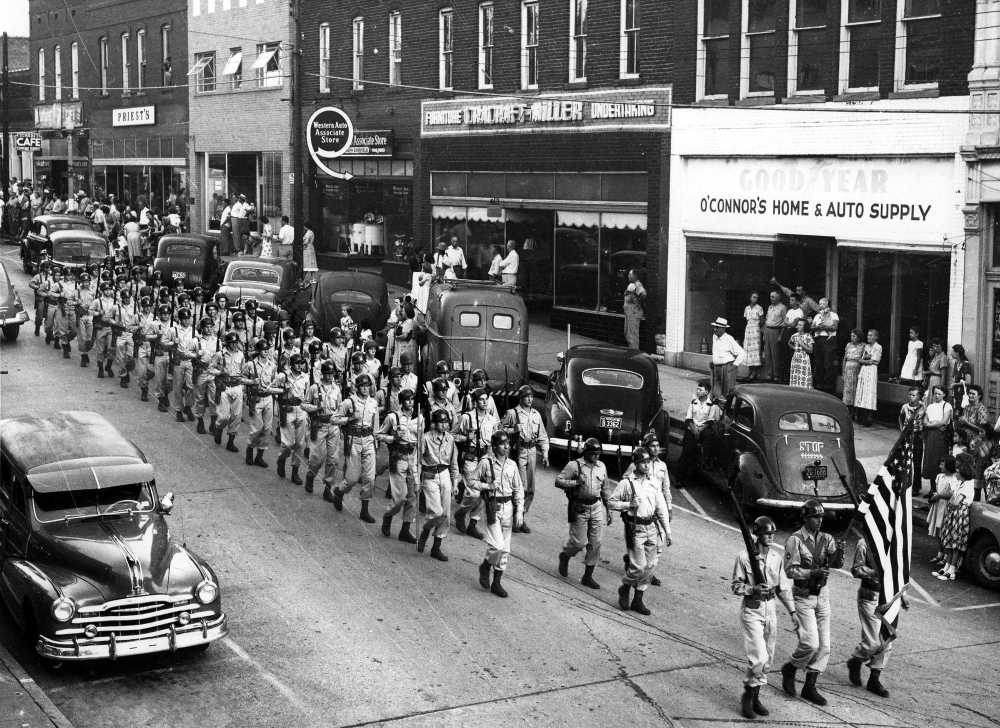 There were many people gathered on the streets and sidewalks Tuesday afternoon for the parade opening the 26th annual Homecomers in Jackson. Mayor J.R. Mabrey gave the welcoming address.

The parade formed at Seabaugh-Laird Funeral Home and moved over Highway 25 to cross on Main street in front of the courthouse. Feted were the 11 candidates for the queenship, "Miss Homecomers" to be selected tonight at 8 o'clock. Each queen will be individually introduced.

The parade consisted of commercial units, showing industry, electrical appliances, farm machinery, and automobile agencies. Headed by the National Guard Unit in full dress and with the colors, the Jackson High School Band, with two majorettes, the Boy Scouts, Cub Scouts, a number of horsemen and pony riders, made up the parade.

The queens were seated in convertible cars, two in each machine, with their hostesses, Miss Mary Helen Thomas and Miss Dorothy Illers, of Jackson. Miss Shawneetown, Miss Mildred Mirly rode in a surrey drawn by white and bay horses.