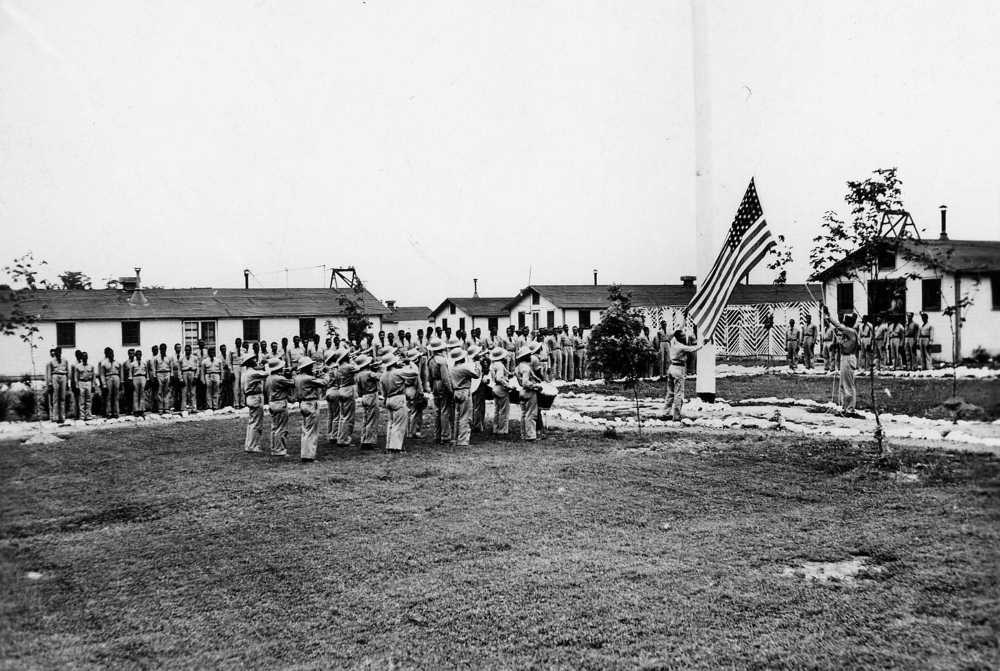 This early photo by G.D. Fronabarger shows the raising of the flag at the Delta Civilian Conservation Corps camp. The facility was used primarily for drainage maintenance in the 1930s.

The Civilian Conservation Corps (CCC) was designed as a work relief program for young men to aid their families in combating the Great Depression. The CCC was established on March 19, 1933, by President Franklin D. Roosevelt. Each camp consisted of about 200 young men serving in six-month increments. Their function was to do outdoor construction work. CCC enrollees worked 40 hours a week and were paid $30 a month, or approximately $1 a day, with the requirement that $25 of that be sent home to family. CCC camps ran with military-like precision. The men lived in camps, wore uniforms, and lived under strict regulations.

The CCC signed an agreement with the Little River Drainage District to rehabilitate ditches and drainage works in southeast Missouri in 1935. Three camps were developed at Delta, Hayti and New Madrid. All camps were exclusively African-American. Work was continuous through 1939, and then sporadic until the last project was completed until 1941.

When war was declared in December 1941, most CCC work shifted onto U.S. military bases to help with construction there. The agency disbanded when Congress voted to cut off funding for the CCC after June 30, 1942. --Southeast Missouri State University archives