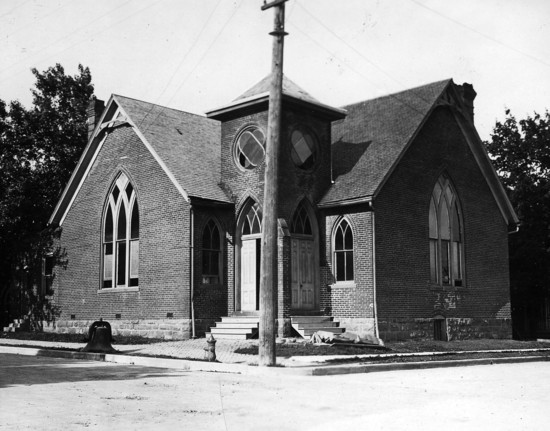 R.C. Norton, president of the Normal School, and several others formed a Bible class in 1890, holding their meetings in a rented storeroom in the old Opera House. The following year First Christian Church was organized with a dozen members. The congregation met at various locations until April 1907, when the church at the northeast corner of Sprigg and Themis, was purchased from the Methodist Church, South, for $2,500. When the church was purchased, the large bell housed in the belfry wasn't removed. The bell was one of the first installed in a church in Cape Girardeau. In 1955 the congregation moved into an edifice it built at the southwest corner of Dunklin and West End Boulevard. The old church was bought by W.J. Kies and was torn down in July 1955. (photo circa 1900) 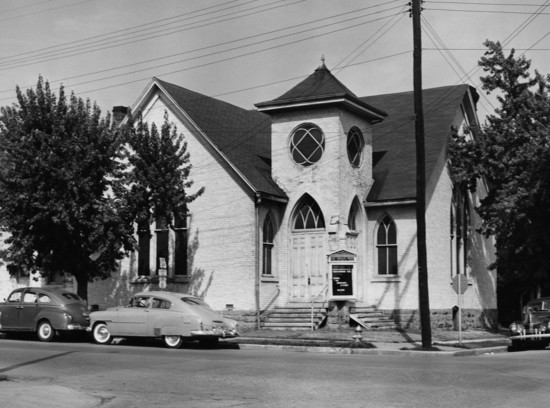 In this previous blog, Boy Scouts march past First Christian Church during a 1942 war rally: