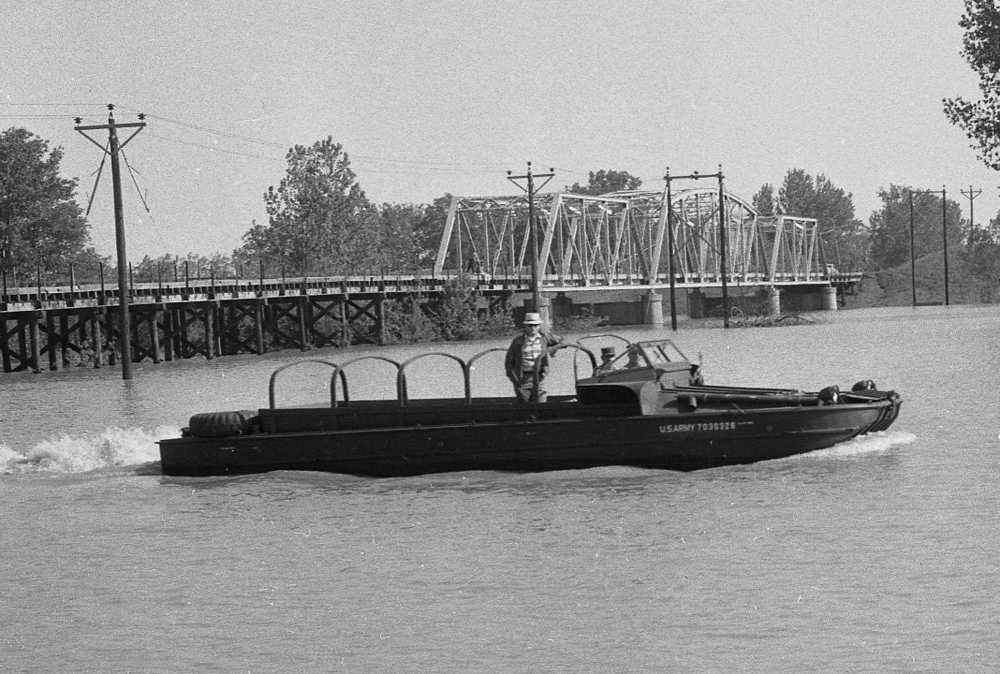 A World War II-era U.S. Army DUKW amphibious truck, colloquially known as Duck, cruises a swollen Diversion Channel south of Cape Girardeau in this undated photo by G.D. Fronabarger. The old U.S. 61 bridge is in the background. The bridge no longer exists.

Two men in military attire, probably with the U.S. Army Corps of Engineers, are operating the watercraft with a civilian standing in it.

With six wheels, its speed on road was 50 mph; on water 5.5 knots. The tire pressure could be changed by the driver inside the cab; fully inflated for hard surfaces such as roads and less inflated for softer surfaces, especially beach sand.

The DUKW saw use on the D-Day beaches of Normandy. Its principal use was to ferry supplies from ship to shore, but it was used for other tasks, such as transporting wounded combatants to hospital ships or operations in flooded landscape.