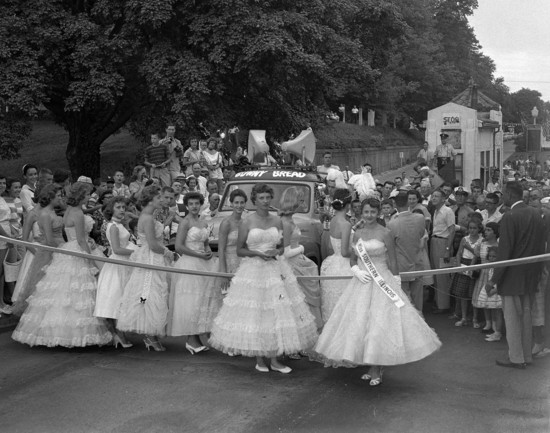 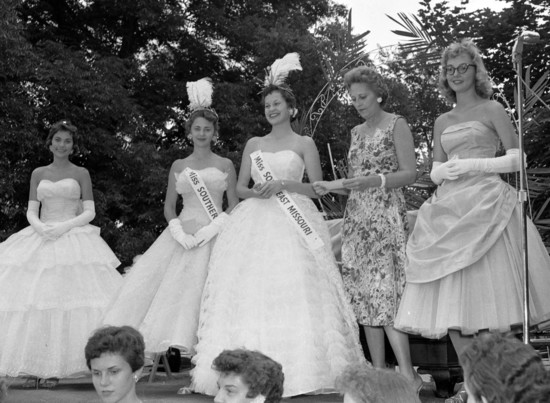 Cape Girardeau celebrated the freeing of the Mississippi River traffic bridge on June 29, 1957 with an estimated crowd of 20,000.

Mayor Walter H. Ford, welcoming the visitors, recalled the days when a ferry was the only means of travel between Missouri and Illinois in this area. He also paid tribute to the farsighted men who made construction of the bridge possible and those who were responsible for making it free of tolls.

R.B. Oliver Jr., attorney for the Cape Special Road District, reviewed the history of the bridge, the sale of stock to local stockholders and the financial sacrifice made by many because of their investment in it. He pointed out that "not one penny of tax money was ever been spent on the bridge."

Rush H. Limbaugh, speaking as if he were half a dozen representatives of ancient times telling the people of southeast Missouri and southern Illinois what their countries had passed to them down through the ages of road and bridge building, traced the history of bridge building through the Roman Empire, Egypt, Babelonia, the British Empire on down to the construction engineers of America.

Citizens of Cape Girardeau of the past, from the time Don Louis Lorimier built his camp, have known the need for a means of travel across the Mississippi River from southeast Missouri and southern Illinois, Mr. Limbaugh said.

He told how men of vision had brought new industry to this area, planned for the bridge and its ultimate freedom from tolls and met failures with confidence in the future.

He recalled how those early leaders for a free bridge went humbly to their neighbors in surrounding areas and asked for their help to keep alive the spirit which would not let the Mississippi River continue as a barrier between the two states.

Mr. Limbaugh then voiced the thoughts of a representative of Cape Girardeau of the future, saying "We have had a free bridge placed in our hands, may we be worthy of it. Let us stand at the gates of the future ready to go forward making this city, this community and this area true to the accomplishments of the past with community companionship made possible through our highways and our bridges."