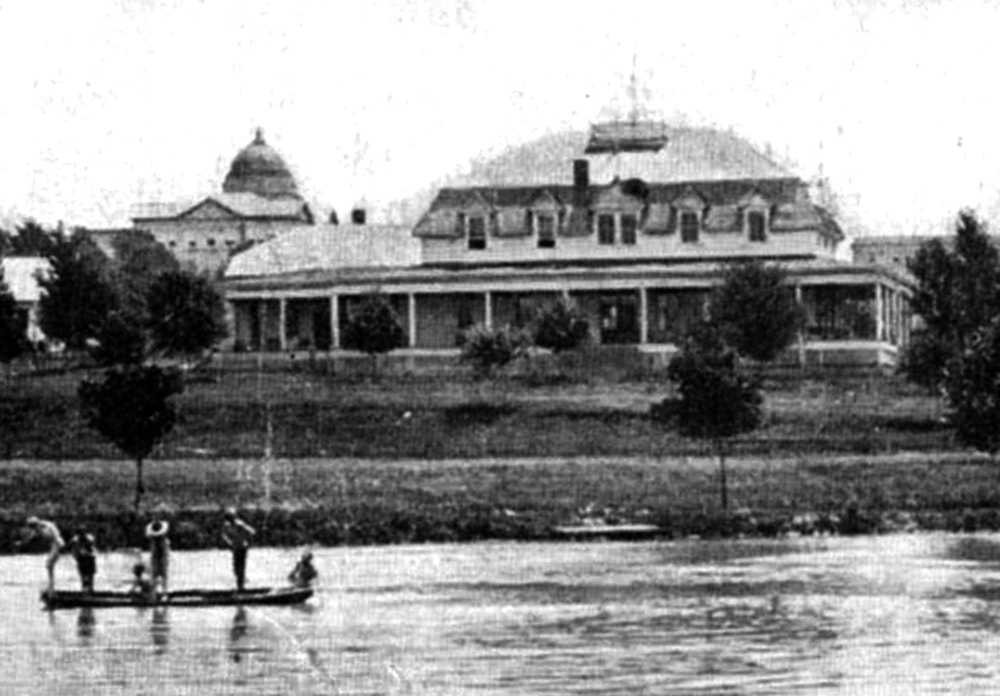 The Southeast Missouri District Fair began in 1855, when the Missouri Legislature appropriated $3,000 to form the Southeast District Agriculture Society. After being located on two different tracts in its first 45 years, the fair was moved to Fairground Park, now Capaha Park, in 1900.

The land was purchased from Col. Robert Sturdivant for $2,000. The Fair Association immediately began building a grandstand, digging a pond and laying out a horse track around it.

A clubhouse, known as Floral Hall, was built in 1905 by contractor A.J. Schmidt to showcase flowers, crafts and baked goods. During other months of the year, the pavilion served as a community center, housing dances, meetings and other gatherings.

During the flood of 1937, an emergency hospital for refugees was set up in the hall. On Feb. 11, 1937, the remaining nine patients were carried to safety from the building as it burned to the ground. (from Lost and Saved) 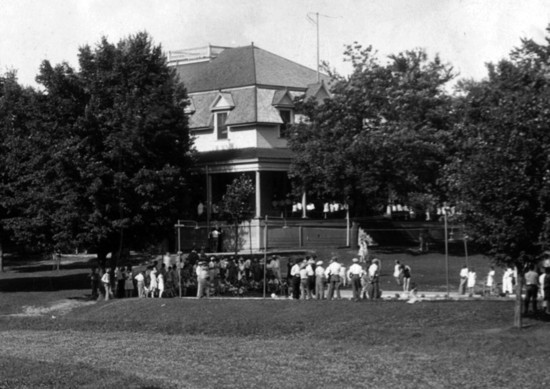 People gather around the swimming pool at Fairground Park near the clubhouse.