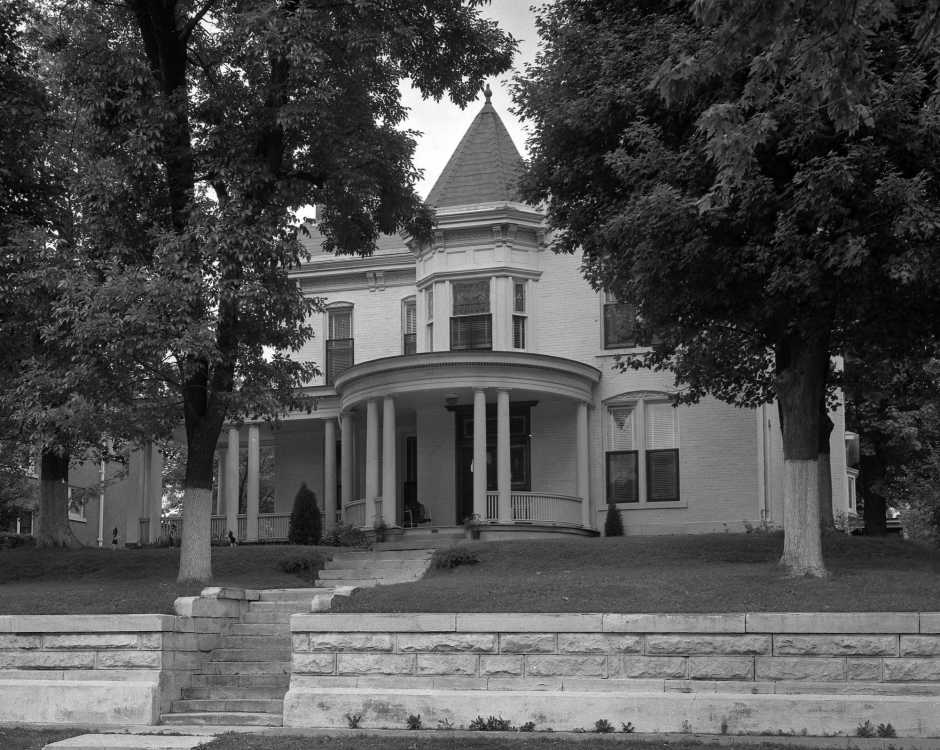 David A. Glenn was a successful Cape Girardeau businessman, president of the First National Bank and owner of the Glenn Mercantile Company.

In 1881 he married Lula Deane, the daughter of well-known local architect Edwin Branch Deane. Deane designed a vernacular brick home for his daughter and son-in-law, which was built in 1883.

In the 1890s to 1900 the house was renovated, taking on the Queen Anne style that was then popular. The curved front verandah and turret were added, and plumbing and electricity were installed. Reflecting the times, the house has many exterior doors; virtually every room has its own entrance.

John Hunter and family occupied the house from 1915 until 1953. After several more owners, the house was bought by Mr. and Mrs. Robert Erlbacher, and it was deeded to the Historical Association of Greater Cape Girardeau by the Erlbacher family in 1969.

Since that time, the association has made extensive restorations to the house, furnishing it with period objects from circa 1900, and opening it to the public. The house was added to the National Register of Historic Places in 1979. (From Lost and Saved)