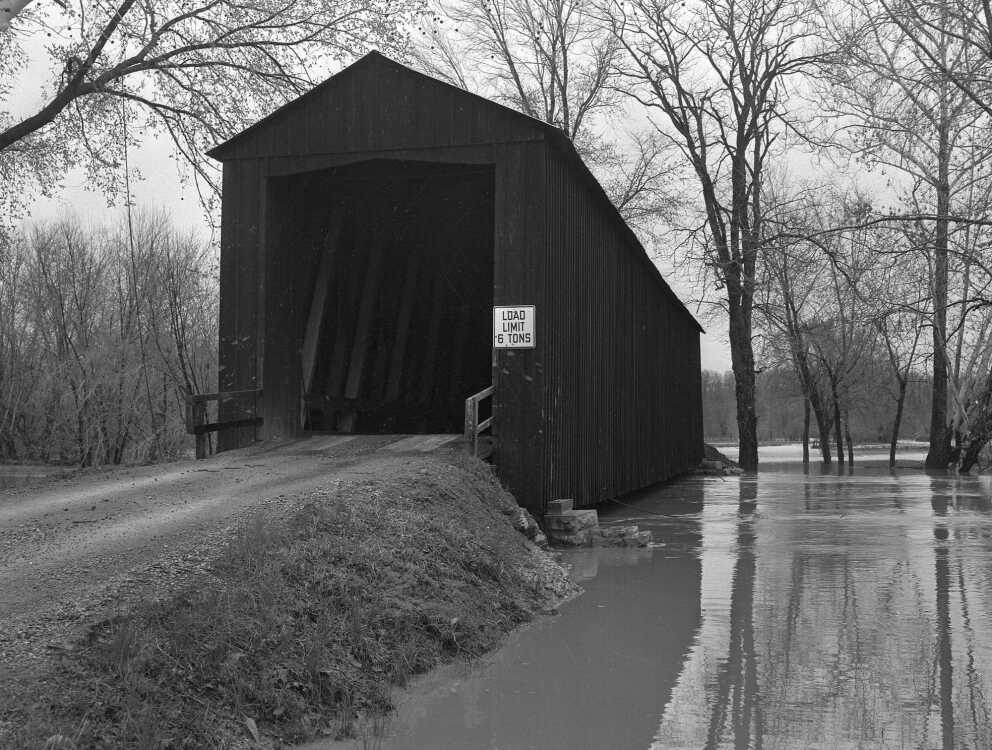 The Whitewater River runs high under the Burfordville covered bridge in this undated photo by G.D. Fronabarger.

The bridge is the oldest of four remaining covered bridges in Missouri. An estimated 30 covered bridges once spanned Missouri's rivers and creeks from the 1820s to the end of the century, according to the Missouri Department of Natural Resources.

Joseph Lansmon began its construction in 1858, but it is unclear if the bridge was completed before or after the Civil War.

The span is 140 feet long and has a clearance of 14 feet high and 12 feet wide. The road going through the bridge was part of the toll-road system between Burfordville, Jackson and Cape Girardeau.

Today the bridge is open to pedestrian traffic only.

For more information on the bridge, see this website: