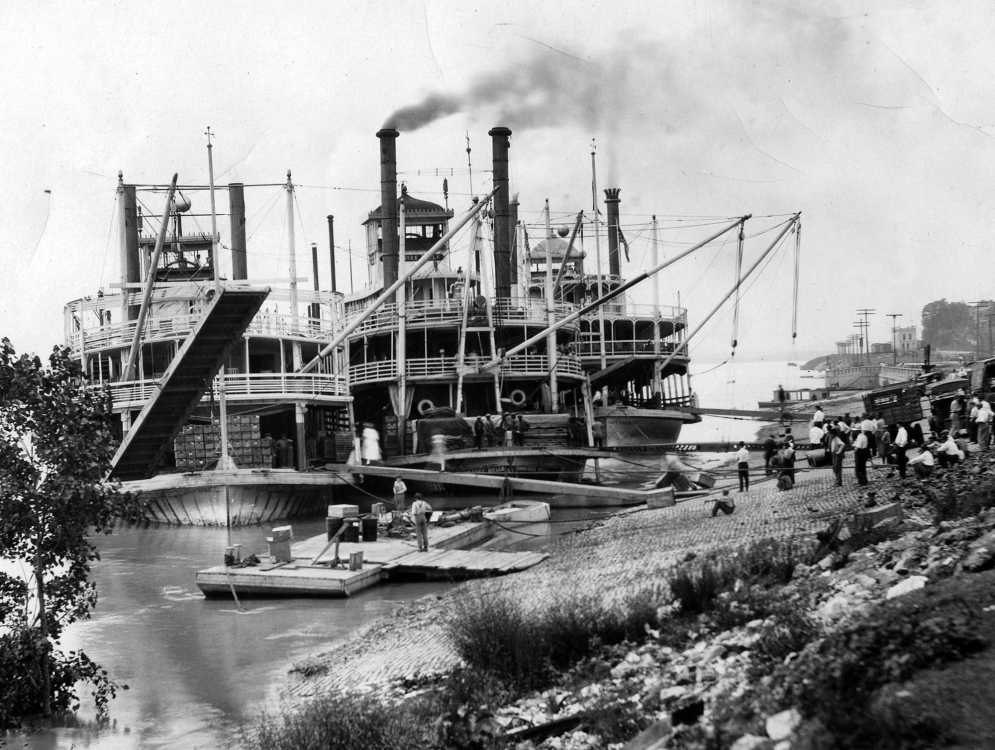 Three steamboats docked at Cape Girardeau drew a crowd to the levee. The boats are, from left, the Bald Eagle, the Tennessee Belle and the Cape Girardeau. (Undated)

Many Enjoyed Excursion on New Steamer

The new steamer Cape Girardeau today was making its way back to St. Louis, greeted by interested crowds at the various ports along the river route, following its dedication and christening in Cape Girardeau Wednesday forenoon. Ceremonies were to be held today at a number of points along the river north of here, where only fleeting stops could be made on the way down, due to the boat's important engagement here to get christened.

Wednesday was a great day for the Leyhes, heads of the Eagle Packet Co., and the new steamer.

Following the dedication ceremonies here, the steamer made the run to Commerce, taking a large crowd of persons anxious to be able to say in later years that they rode on the craft on the day of her christening. The weather was ideal, although somewhat cool, and the trip was particularly enjoyable.

In the evening the Cape Girardeau took an excursion crowd for a ride on the river and the capacity of the boat was taxed to the utmost. Hundreds who wanted to make the trip were unable to get aboard.

Wednesday's dedication ceremonies will be long remembered by Girardeans. The new boat arrived here at the appointed time and was greeted by 5000 persons gathered on the levee.