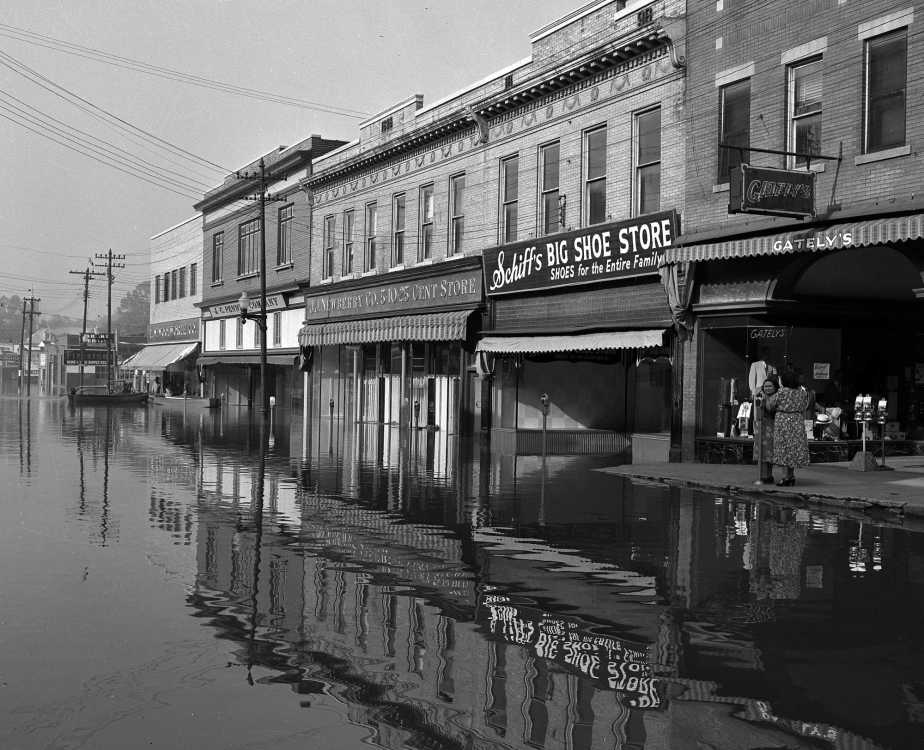 Two women stand on a dry sidewalk outside Gately's store on Main Street in 1951. The view is to the south toward Independence Street. Other stores include Schiff's Big Shoe Store, J.J. Newberry Co., J.C. Penney Co. and F.W. Woolworth Co. (G.D. Fronabarger photo)

Construction of the flood control system began in 1956 and ended in 1964 at a cost of more than $4 million.