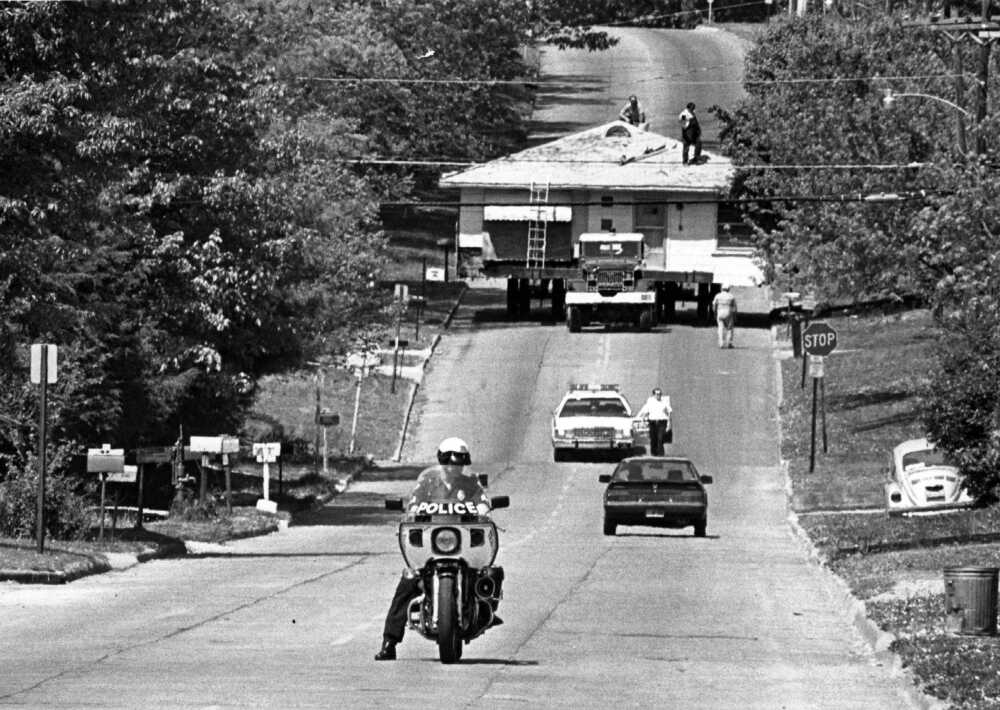 Motorists Tuesday had an unusual roadway companion as a house traveled the streets of Cape Girardeau. The home was being moved from the 1400 block of North Kinshighway to North Main Street by Johnson Moving Company of Sikeston. Here the house with its police escort travels down Bertling Street. Police said when workers weren't clearing trees from the path, the house could travel up to 10 mph. The entire trip took about two and a half hours. Another house is expected to be moved along the same route next week. (Missourian archive photo by Mark Sterkel)