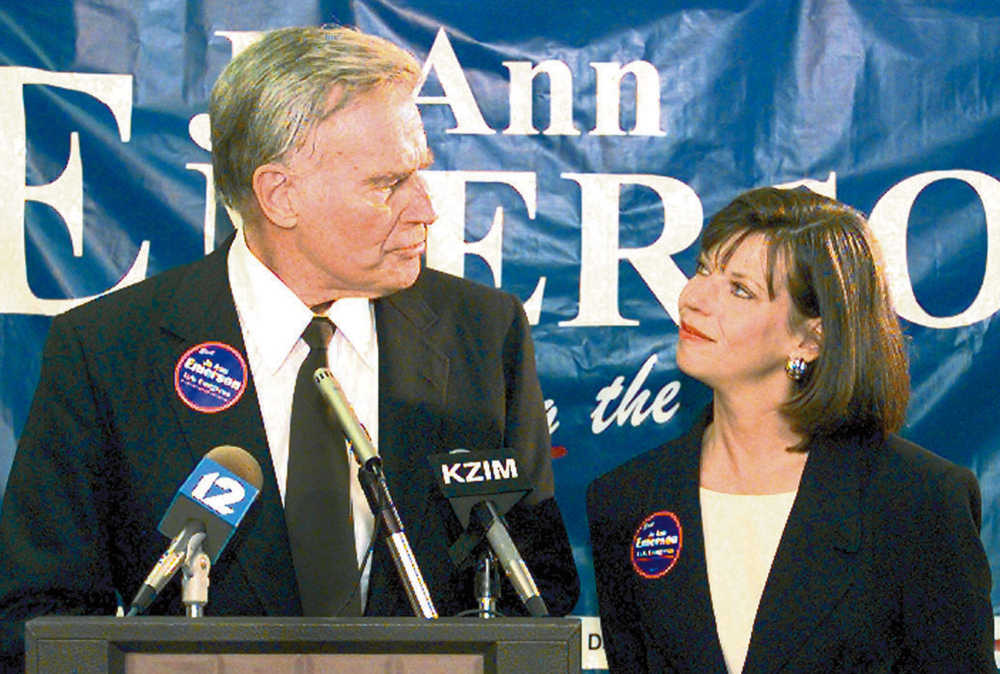 Charlton Heston didn't part the Red Sea, according to a story by Mark Bliss in the Southeast Missourian.

"But the stage presence of the actor who played Moses in 'The Ten Commandments' generated thousands of dollars for Jo Ann Emerson's congressional campaign."

He arrived in a private jet and spoke to reporters with Emerson before attending a fundraiser at the airport restaurant.

About 50 people attended the event and paid $1,000 to have their picture taken with Heston, who at age 72 and one of Hollywood's most outspoken conservatives, regularly stumped for candidates around the country.

Emerson said such fundraisers are necessary to combat the money being spent by Big Labor to defeat her.

Heston has been involved in labor unions much of his life. In the past, he was a delegate at AFL-CIO meetings.

But he said it is wrong for labor unions to require its members to pay dues to fund political campaigns.

The Screen Actors Guild is the only union that doesn't do so, Heston said.

His movie, "The Ten Commandments," was a favorite of Emerson's late husband, Bill.

Bill Emerson and Heston knew each other through National Rifle Association activities.

Jo Ann Emerson is seeking to succeed her late husband in Congress.

Emerson said Heston's visit was a boost to her campaign.

"Mr. Heston has earned his stripes through the years as a top-notch conservative steeped in common sense values and ideals.

"He has gained political notoriety as a long-standing supporter of our cherished Constitutional rights to self defense and bearing arms," she said.