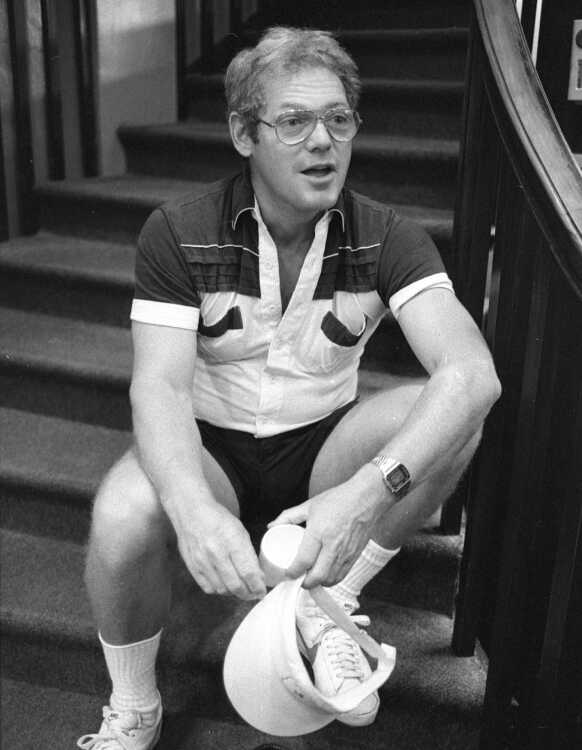 On Aug. 18, 1979, MacArthur was playing a tourist role in Cape Girardeau with his adoptive mother, actress Helen Hayes. The two were passengers on the Mississippi Queen which had docked for the day at the riverfront.

Miss Hayes and MacArthur strolled through the downtown area for a look at historic Common Pleas Courthouse and stopped for a shopping excursion at Hecht's Store.

That's where reporter Sally Owen and photographer Fred Lynch caught up with them to interview for the Southeast Missourian. The story ran the next day on the front page.

Here is an excerpt of the story:

"It's been a great trip so far," he said. Asked if he and his mother planned to take an afternoon tour of the city offered by the Historical Association of Greater Cape Girardeau, he replied, "Sure. What we want to be on this trip is just rubbernecks."

Mr. MacArthur, who will open this fall in the comedy "Murder at the Howard Johnson's" at the Beverly Theater in New Orleans, sipped a cup of coffee and waited patiently while his mother did one of those ordinary things that we ordinary people all too often forget the famous do -- shop.

He resides in Hawaii, "right in front of Diamond Head," he said, and noted that since he departed his role of Danny on "Hawaii Five-O" he has run into the crew shooting new shows on several occasions. "They're all old buddies to me -- always will be," he added.

As a crowd began to gather around Miss Hayes and her son, both chatted graciously with those who ventured forward.

Crowds, Mr. MacArthur said, are simply part of the business of being an actor. "You never know what's next," he philosophized, "but that's part of it. If I wanted to know what was coming next, I'd work in a bank."

"An actor is there to serve the public and please," Miss Hayes added. "And when I do--I'm always grateful for that."

'Route 66' TV star gets his kicks in Cape