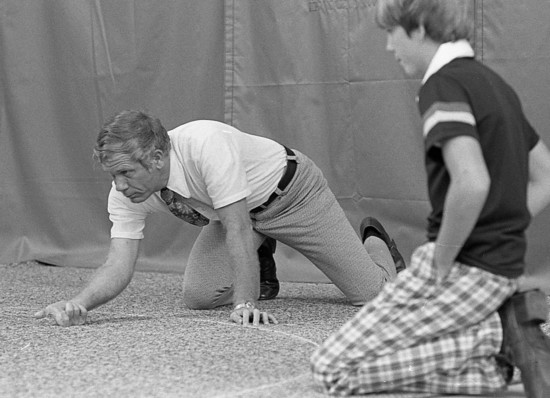 U.S. Rep. Bill D. Burlison was speaking to the Festus-Crystal City Kiwanis Club at noon Monday: "Gentlemen, I have an important engagement in Cape Girardeau tonight." He hesitated a minute, then continued: "I'm going to play a marble champion."

Said Burlison after he beat Hency: "Listen, Keith has the makings of a real competitor. He just needs a little practice and maturity." The contest took place at the Holiday Inn Racquet Club.

Burlison said he shoots marbles about once a year. "Marble shooting is like riding a bicycle--you never forget how."

Below, Burlison presents Hency with a plaque.

Below that, Burlison speaks on Feb. 16, 2013 at the Democratic 8th District selection committee meeting in Poplar Bluff, Mo. Burlison announced the results of the voting for the Democratic candidate to face Jason Smith in a June 4 election to replace former U.S. Rep. Jo Ann Emerson.

Burlison was elected to the U.S. House of Representatives in 1968. He won reelection five times until he was defeated by Bill Emerson in 1980. (Fred Lynch photos)

In a previous blog, Bill Burlison is identified as the president of the Toastmasters Club: 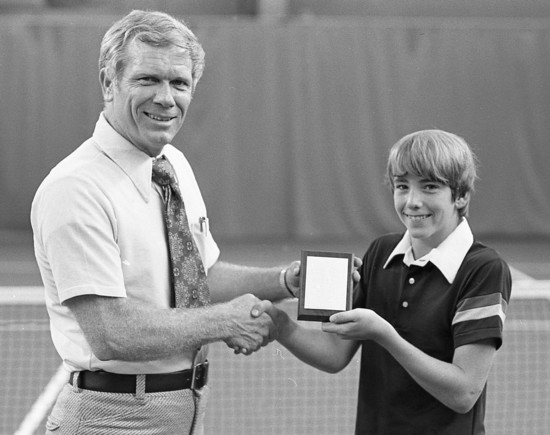 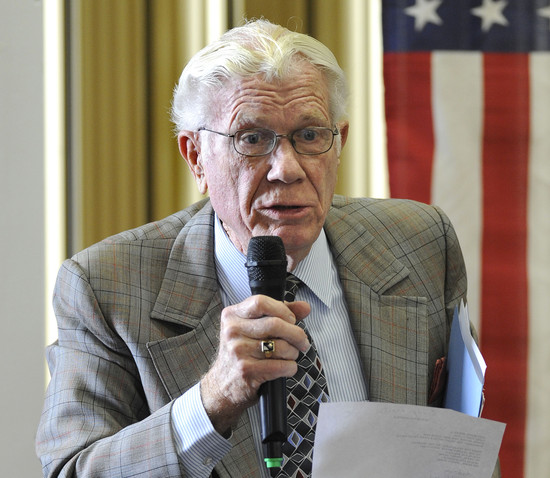