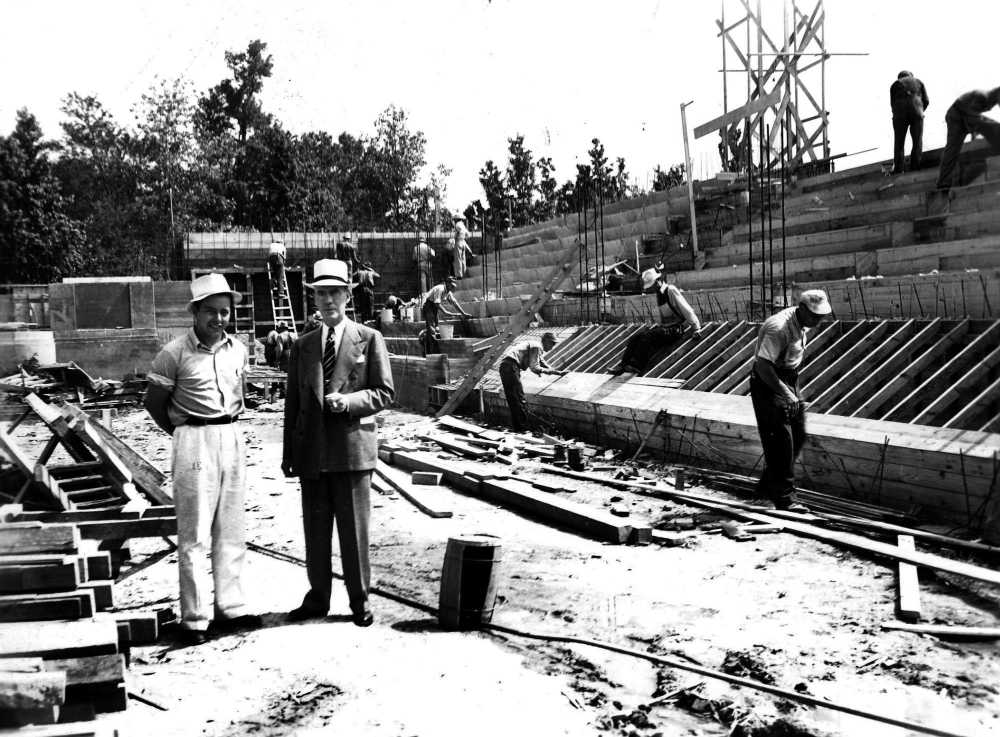 Matthew S. Murray, state WPA administrator, was agreeably surprised when he viewed the progress being made by his WPA workers on the new Community Center, or arena building, at the new city park this week. Mr. Murray, at the right, is shown standing with the building superintendent, Melvin Rickard, in what will be the auditorium of the structure. Workmen are shown clambering in numbers over the forms being placed for bleacher seats on the east side of the auditorium. This main auditorium will seat approximately 6,000 persons. (G.D. Fronabarger photo)