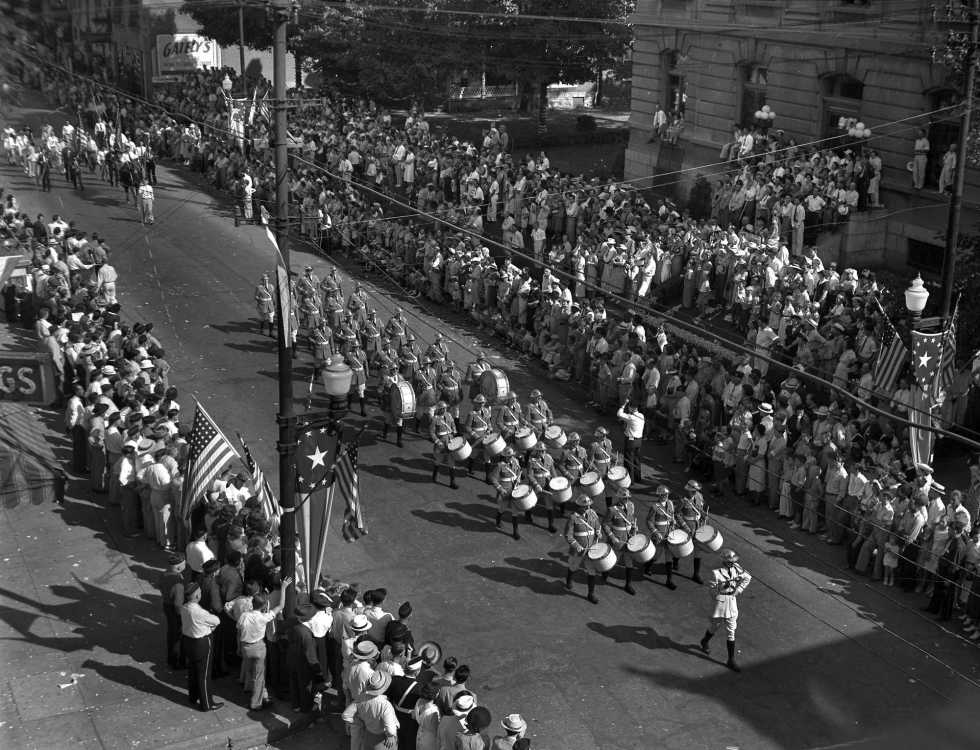 Veterans of the World War staged a two-mile parade on Broadway that took more than an hour to complete on Sept. 5, 1938. Here is an unidentified drum and bugle corps passing the reviewing stand opposite the Federal Building with a part of the great crowd sprawling about the street and nearby lawns. (G.D. Fronabarger photo)

Parading for an hour and 15 minutes past the reviewing stand on Broadway, opposite the Federal Building, Monday afternoon, the American Legion proved that in 20 years out of the Army they have not forgotten how to step off smartly. The parade included Legionaires, members of the Auxiliary, Sons of the American Legion, with their bands and drum corps, as well as other marching units.

Approximately 1000 men and boys marched with the musical units, while at least that many more were included in the other unites representing posts, squadrons, National Guard and Highway Patrol.

While an estimate of the number of people watching the parade was difficult to obtain, those experienced in such things placed the number between 30,000 and 40,000. Highway Patrol troopers, police, newspaper men and others joined in making the estimate. Every block along the line of march was filled along the street, with the largest crowds being along Good Hope street in the business area and about the Federal Building and The Missourian Building.