Stan "The Man" Musial in Cape 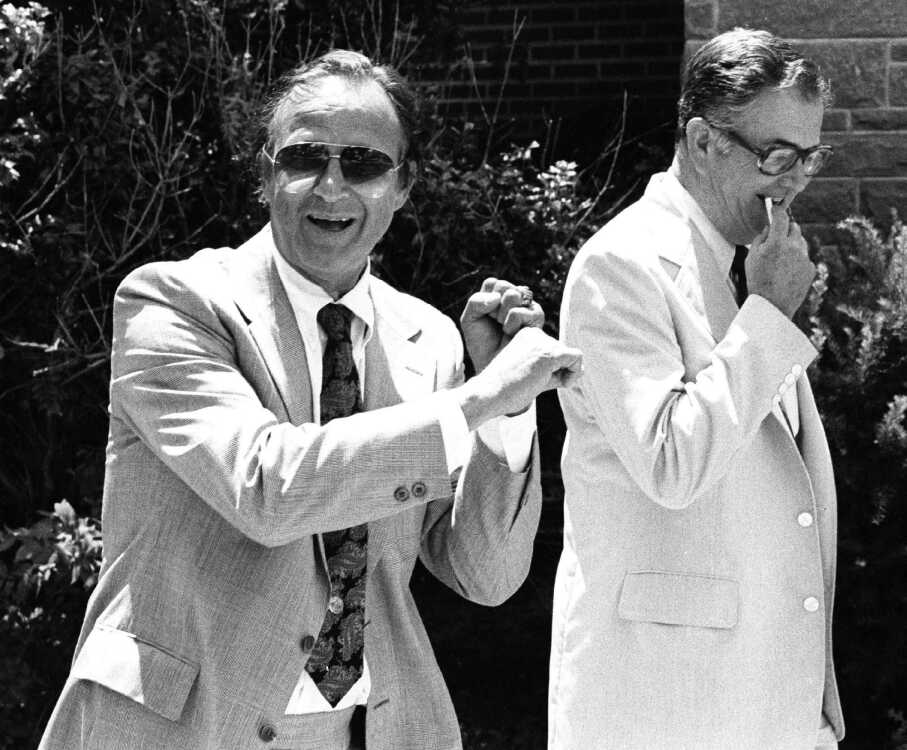 Stan Musial spotted the photographer and quickly struck his signature pose while saying, "Would you like me to swing my bat?" That was my brief brush with "The Man" in Cape Girardeau.

Former St. Louis Cardinal Stan Musial, left, gestured with an imaginary bat as he walked out of Cape Girardeau Common Pleas Courthouse with Vernon Landgraf on July 16, 1980. Both were attending a State Bank Board hearing as investors and directors in the proposed Bank of Cape Girardeau group, which was appealing a state decision granting a Cape Girardeau charter to the South East Missouri Bank. Musial made a brief appearance at the hearing but did not testify. (Fred Lynch photo)

On Aug. 21, 1980 the State Bank Board voted to uphold the decision by the Division of Finance granting a charter to South East Missouri Bank over the application of the Bank of Cape Girardeau to establish a bank in Cape Girardeau. The board considered issues of local versus outside investment, the relative banking experience of the two groups and the role of the Wood-Huston Banking Corp. of Marshall, Mo. in the South East Missouri Bank application.