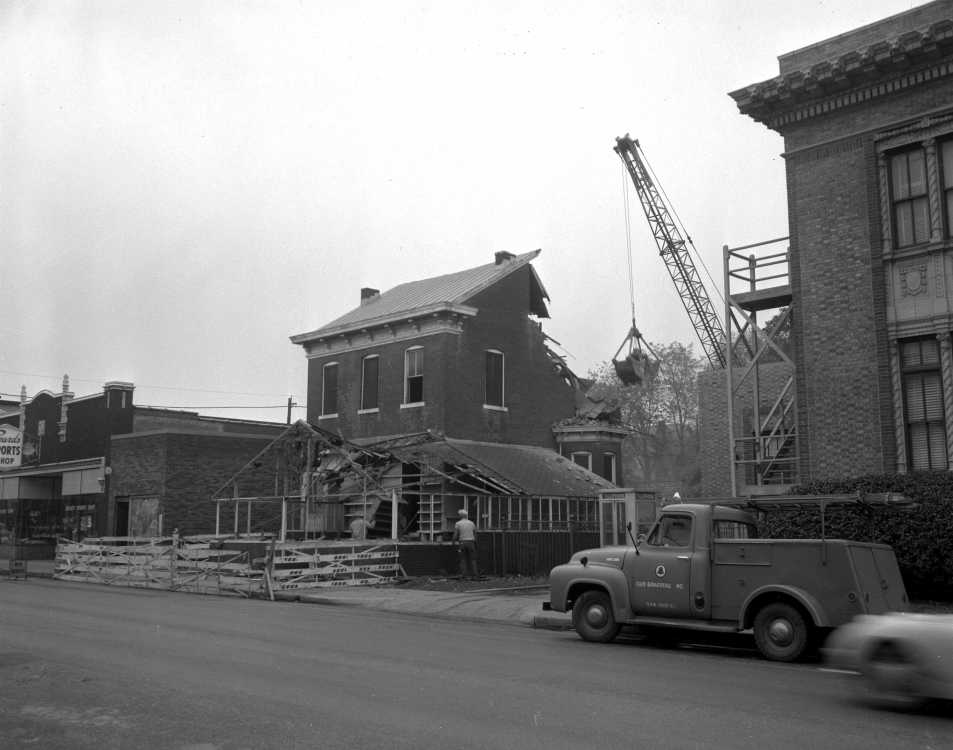 This house to the west of the Southwestern Bell Telephone building at 800 Broadway was demolished in the early 1960s to allow for its expansion. (G.D. Fronabarger photo)