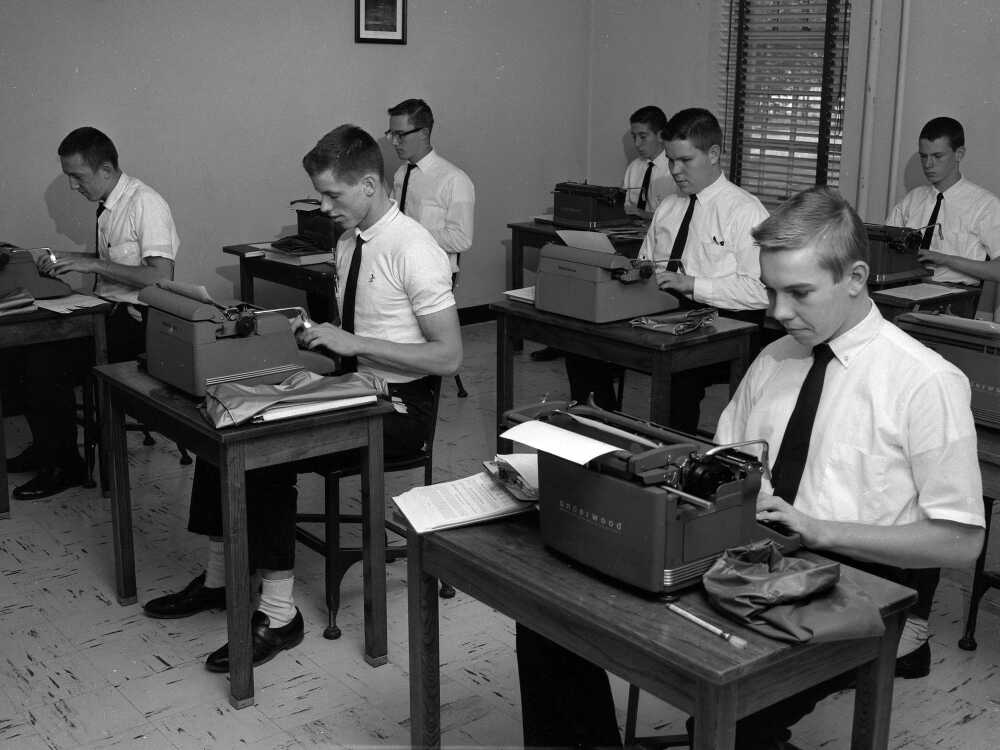 Included in the curriculum of the junior seminary of St. Vincent's College in Cape Girardeau is a course in typing. Here a group of students are shown in class. (G.D. Fronabarger photo)

This coming Wednesday, Nov. 16, the golden anniversary of St. Vincent's College as the junior seminary of the Western Province of the Congregation of the Mission will be observed.

Plans are being completed for a special celebration that day to commemorate the transfer of the Apostolic School to the college from Perryville in 1910....

As the Apostolic School or junior seminary, the college is operated much as any other high school with the exception that the students must be studying for the priesthood in the Congregation of the Mission.

There are four classes as in other high schools. At present there are 94 students representing seven states--10 seniors to graduate in the Spring, 20 juniors, 25 sophomores and 39 freshmen. Following graduation, the students go to the Novitiate and Major Seminary at St. Mary's Seminary in Perryville for an additional nine years of study.

The curriculum is that of a regular high school with probably no greater emphasis placed on theology than in the parochial high schools. Latin is heavily stressed in preparation for subsequent studies.