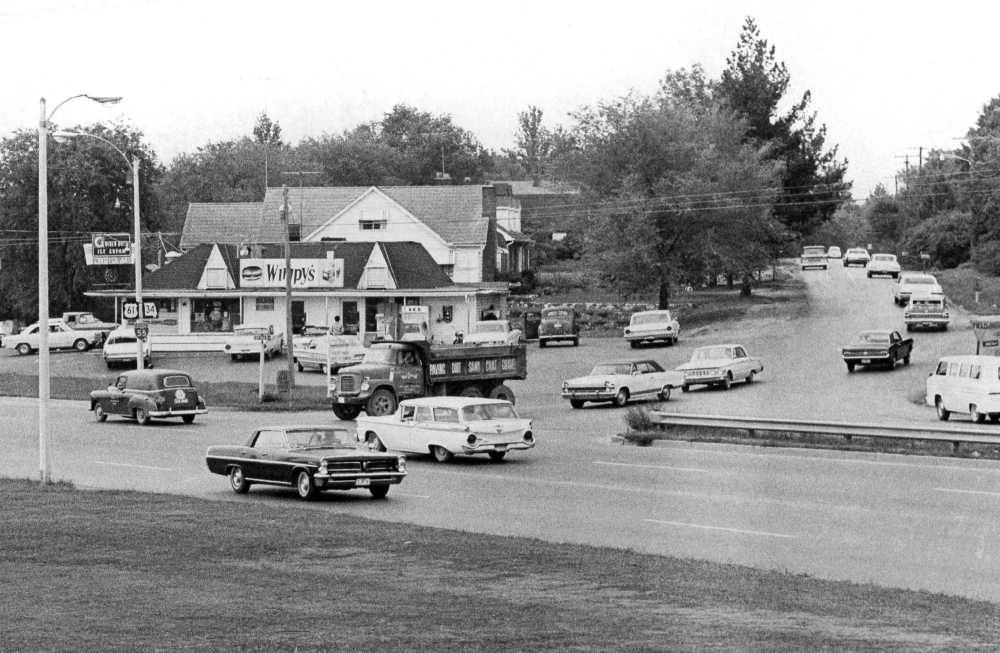 We found another photo of Wimpy's taken by Ken Steinhoff in 1966.

The restaurant/grocery store was located at the northeast corner of Kingshighway and Cape Rock Drive across from Arena Park.

Farmers and Merchants Bank became interested in buying the property in 1973. It remains a bank today with a branch of First Missouri State Bank at the site.

Bill Lewis moved Wimpy's to South Kingshighway, where the business switched to serving breakfast and lunch only, until he closed the doors for good in 1997.

Growing with Cape Girardeau for 25 years...

Wimpy's began business in 1942 across the highway from their present drive-in market at Highway 61 at Cape Rock Drive.

Throughout the years Wimpy's has been noted for first class service and quality foods. That's why people keep coming back to the...

"Home of the Famous Wimpyburger"

Owned and Operated by Wimpy's, Inc.