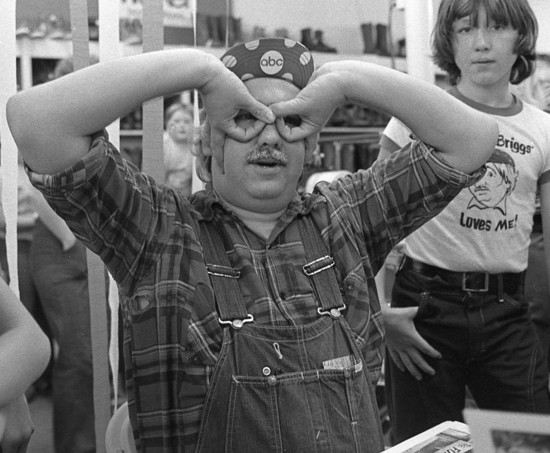 Uncle Briggs puts on his Cartoon Eyes during an appearance at Homestead in East Cape Girardeau, Ill. on May 6, 1978. 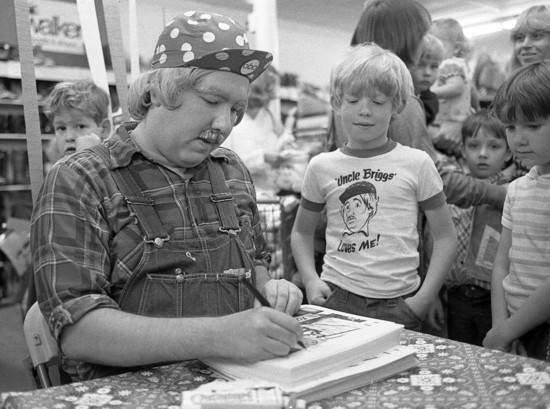 Briggs Gordon, a.k.a. Uncle Briggs, took over for Cactus Pete on the Funny Company broadcast on WSIL-TV channel 3 at Harrisburg, Ill. in the 1970s. Characters such as Bananaman and Safety Sally were featured every evening on the children's television show. The Three Stooges, Bugs Bunny and Deputy Dawg were popular with viewers.

In 1977, Uncle Briggs was the parade marshal for the Jackson Christmas Parade in Jackson, Mo.